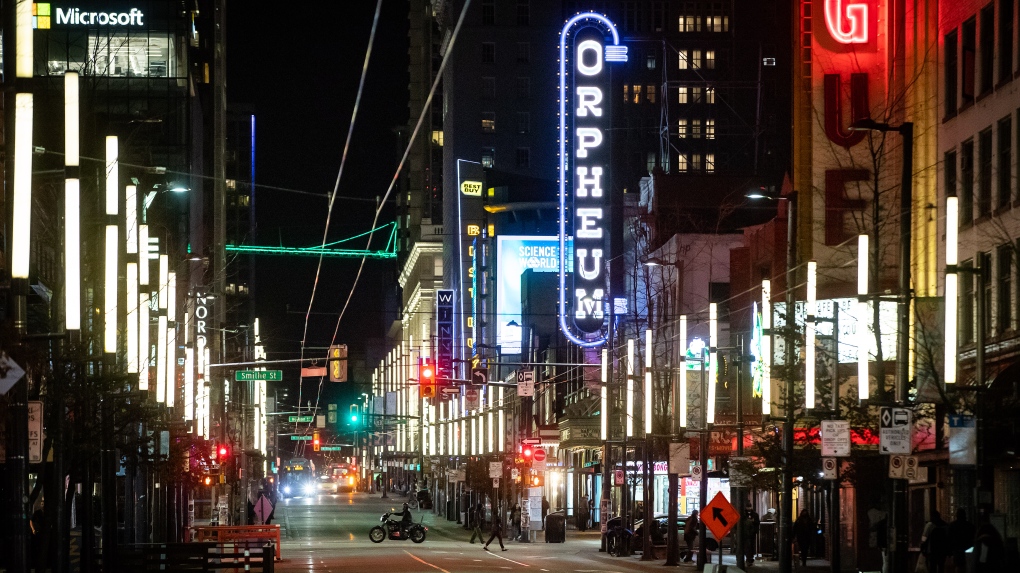 With Vancouver's municipal election just over four months away, the city's mayor is outlining some of his plans to support the local night-life industry if he's re-elected.

Kennedy Stewart said Wednesday there are three things he'd like to see implemented to "build a true 24-7 city" in Vancouver.

"Vancouver has one of the hottest economies in North America right now, and it's getting noticed," Stewart said in a news release.

"Whether it’s building a thriving patio culture, lifting archaic liquor capacity caps, and attracting events like the Invictus Games and the World Cup, Vancouver has come a long way over the last four years."

Vancouver's had a reputation over the years of being a "no-fun city." While many bars on Granville Street close at 3 a.m. on weekends, some close earlier. Restaurants with a food-primary licence are required to stop servicing liquor at 2 a.m. on Fridays and Saturdays. Closing hours for liquor-primary establishments depend on their licence.

Stewart said he like to see "harmonizing" of bar closures along the Granville Strip so more stay open until 3 a.m. and also service expansion in other parts of Vancouver.

Stewart also said he wants the creation of "night time advocate office to transform our night-time economy into a centrepiece of our city's social fabric." He also wants more work done to attract conferences, conventions, music and entertainment by expanding the city's sport hosting office.

Nate Sabine from Blueprint, a Vancouver-based event-management company, said the creative sector has been forgotten "for far too long."

"It's fantastic that our industry - and the music, hospitality and culture that comes with it - is finally being recognized as the economic driver it is," Sabine said in a news release.

"As the world returns to visiting Vancouver, it will be the bars, nightclubs, restaurants and events that will be among the first to welcome them."

Stewart said he'd present these ideas in the 2023 city budget if he's re-elected. Vancouver's election is on Oct. 15.

Members of Pierre Poilievre's Conservative caucus have been told they are no longer allowed to charge taxpayers for home internet services.

The Toronto police will be rolling out an increased presence across the TTC following a rash of violent, and sometimes random, incidents on the city’s transit system.

Amsterdam has shared a time-lapse video of the construction of its brand-new underwater bike-parking facility.

Canada and the United States are laying out the details of their new bilateral workaround for the Nexus trusted-traveller system.

Liberal member of Parliament and former cabinet minister Kirsty Duncan has announced that she is taking an immediate medical leave due to a 'physical health challenge.'

Five former Memphis police officers have been charged with second-degree murder and other crimes in the arrest and death of Tyre Nichols, a Black motorist who died three days after a confrontation with the officers during a traffic stop, records showed Thursday.