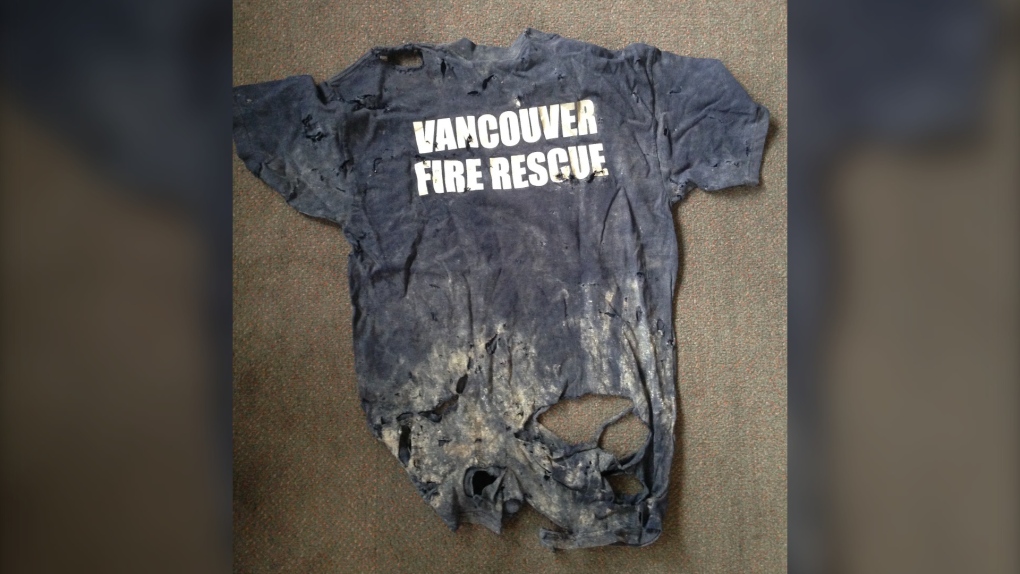 A Vancouver Fire Rescue shirt was pulled from the rubble at the World Trade Centre. (@IAFF18/Twitter)

Vancouver firefighters commemorated the Sept. 11, 2001 terrorist attacks in the United States by sharing an image of a Vancouver Fire T-shirt that was pulled from the rubble days after the World Trade Center crumbled to the ground.

Marking the 18th anniversary of the attacks that killed nearly 3,000 people, the union representing Vancouver fire crews posted a photo on Twitter showing a local firefighter T-shirt found amongst the rubble at Ground Zero.

"It was likely worn by one of the 343 fallen (New York City Fire Department) members," the post said. "This shirt represents how connected and united the firefighter family really is."

Seeing the actual shirt brings tears to my eyes.

On the morning of Sept. 11, four planes were commandeered by al Qaeda hijackers and slammed into the World Trade Center, the Pentagon and a field in Pennsylvania. On that day, emergency crews from around the world responded, including Vancouver Fire Rescue members who travelled to New York to lend a hand.

The shirt has since been framed and hangs in the union office.