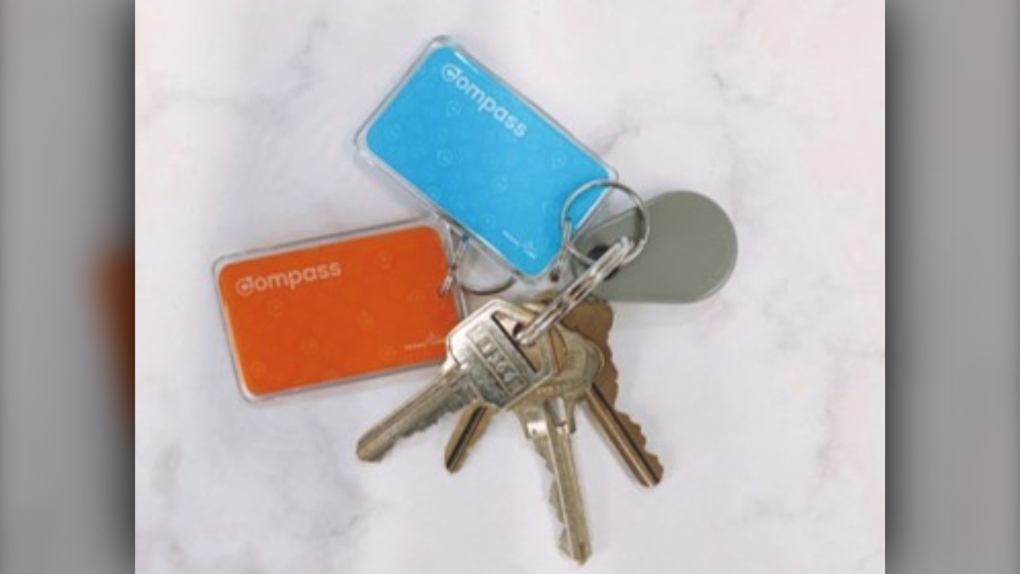 VANCOUVER -- TransLink is releasing a new keychain-sized version of the Compass Card this week – and if the frenzy over the Compass Wristbands is any indication, they're likely to sell out fast.

The transit provider said the new card, dubbed the "Compass Mini," will be available starting Friday at the customer service counter at Stadium-Chinatown SkyTrain Station and at the West Coast Express office at Waterfront Station.

TransLink said it's initially only releasing 5,000 of the blue adult minis and 2,500 of the orange concession minis.

"The launch of Compass Mini is a part of our commitment to enhance the customer experience," CEO Kevin Desmond said in a news release. "Compass Wristbands have been a real hit and I’m sure customers will enjoy the convenience and practicality of the new Compass Mini."

The waterproof Compass Wristbands sold out in a matter of hours after they were released last December, and TransLink didn't sell any more for months.

The hype led to early purchasers scalping the bracelets on Craigslist for as much as $60 – 10 times the $6 deposit that was required to buy one.

People picking up the Compass Mini will also have to put down a $6 refundable deposit.