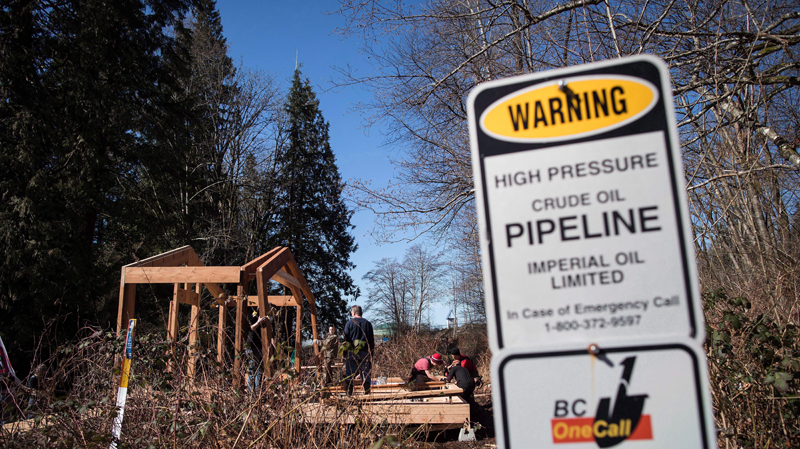 A sign warms of an underground pipeline as people construct a "watch house" near a gate leading to Kinder Morgan's property in this March 10, 2018 file image. (THE CANADIAN PRESS/Darryl Dyck)

BURNABY, B.C. - Burnaby RCMP say they arrested a woman who chained herself to a work truck Friday morning, one day after the B.C. Supreme Court granted Trans Mountain an injunction against demonstrators.

Just before 8 a.m., Mounties received a report of a demonstrator who had chained herself to a work vehicle, impeding its movement.

Police say the 19-year-old woman was asked to remove the chains, but she refused and they arrested her for mischief.

The RCMP say they want to remind those involved in the ongoing demonstrations that police are an impartial party and they are there to ensure the safety of everyone involved.

On Thursday, a judge granted Trans Mountain an indefinite injunction aimed at preventing people from entering within five metres of work sites at the Burnaby and Westridge Marine terminals.