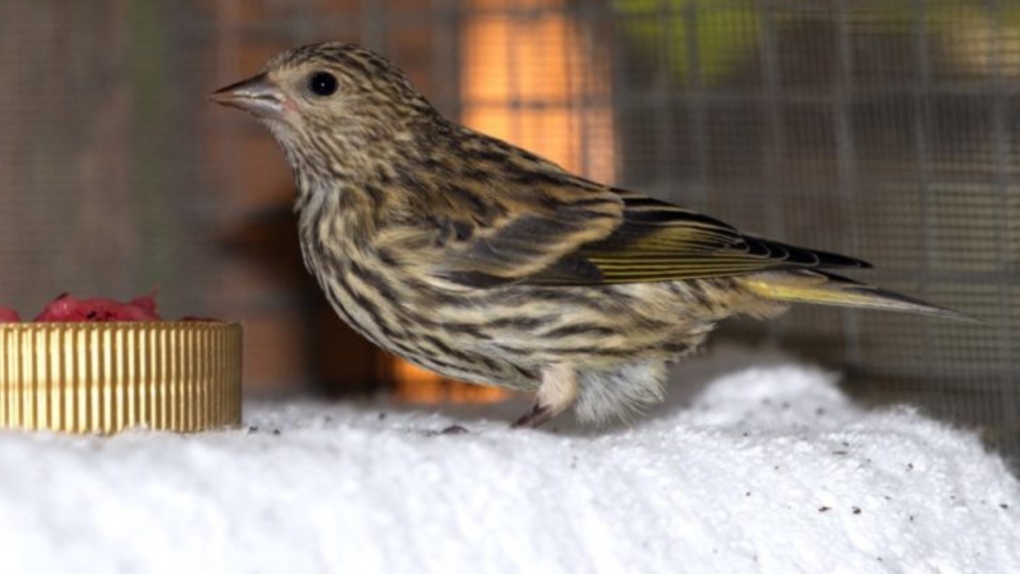 VANCOUVER -- A B.C. wildlife group is asking residents to take down their backyard bird feeders to stop the spread of a deadly salmonella outbreak.

In a notice posted online, the Wildlife Rescue Association says there’s been increased reports of “sick and dying birds” across the Pacific Northwest, from Oregon to British Columbia.

Most at risk is the pine siskin, the group says this is potentially due to their social nature in feeding close together which would make it easy to pass the disease.

Wildlife Rescue says the number of sick birds started increasing last month. Through 2020, 127 pine siskins were brought into showing symptoms of salmonella infection, 75 of which were brought in just in December.

Since the new year began, 36 pine siskins suspected of salmonella poisoning have been brought in, and “more are coming in every day.”

The group says bird feeders are a “significant source of transmission,” because the disease is easily spread when the animals are feeding in close proximity.

Residents who have backyard feeders are asked to take them down for at least 14 days so the birds will disperse. At the very least, people are asked to clean their feeders with a 10 per cent bleach solution (nine-parts water to one-part bleach) at least once a week. Also to clean the ground below feeders daily.

In addition, if you see a sick bird near your feeder, the group asks them to be taken down until the middle of February. The symptoms may not be obvious, “infected birds may appear thin, fluffed up, and lethargic.”

Wildlife Rescue has posted a video of what an infected bird may look like.

If you find a pine siskin, or any wildlife, showing signs of distress or illness, contact Wildlife Rescue’s Support Centre at (604) 526-7275.