'That camera is there for a reason': Wildcat roams Coquitlam neighbourhood 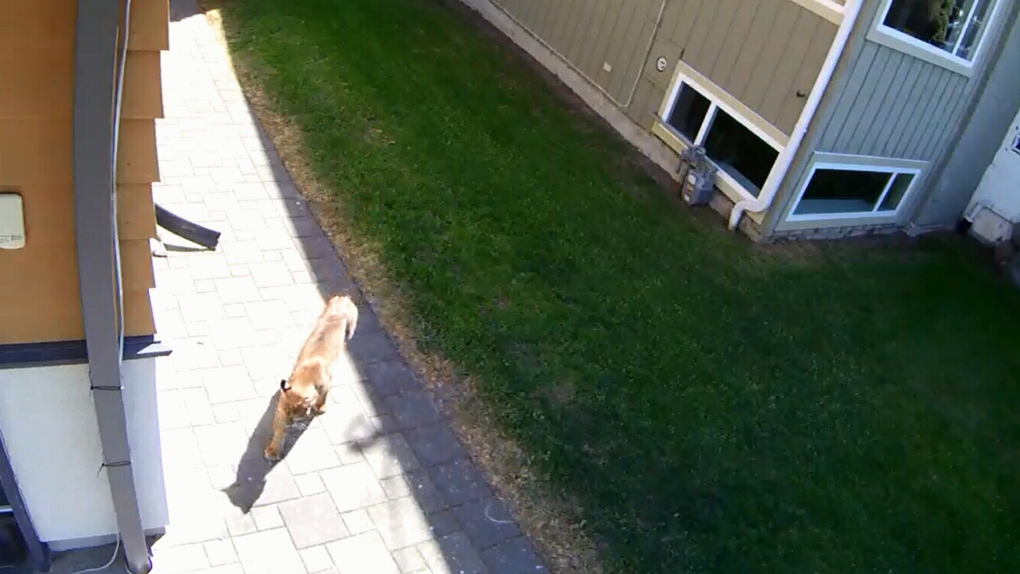 A security camera captures a wildcat prowling through a Coquitlam neighbourhood.

Security cameras capture a wildcat prowling through a Coquitlam neighbourhood.

Richard Campbell has lived in Harbour Chines for two decades and is accustomed to seeing wildlife, but seldom a big cat during this time of year.

"That camera is there for a reason. We have animals going through there almost every day, but not normally a cat quite like that one," he told CTV News.

The video shows the feline sauntering between Campbell's backyard and his neighbour's before making its way to the front.

It appears the big cat was not welcomed by those in the sky as a murder of crows can be heard squawking at it, prompting it to run away down the road.

"We're pretty used to wildlife but I have a small dog and I know the bears generally won't bother with the dog, but I'm not convinced that a cat like that will ignore it," Campbell said.

In April, a cougar was spotted in Coquitlam's Burke Mountain neighbourhood, adding to a growing list of sightings in the Tri-Cities this year.

At the time, the BC Conservation Officer Service said there had been about 20 reports of cougar sightings in April alone and none of the reports suggested the animals were acting aggressively towards people.

Sgt. Todd Hunter previously suggested the easiest way for residents to discourage cougar encounters is to avoid leaving food out in the open and leaving pets alone at night.

If people do encounter a cougar, his advice is simple: "Let it leave on its own and make yourself large. Never, ever, ever turn your back and run on a cougar."

Update: A prevoius version of this story referred to the wildcat recorded in Coquitlam as a cougar. The B.C. Conservation Officers Service said it's difficult to tell from the video, but that the animal is more likely a bobcat.