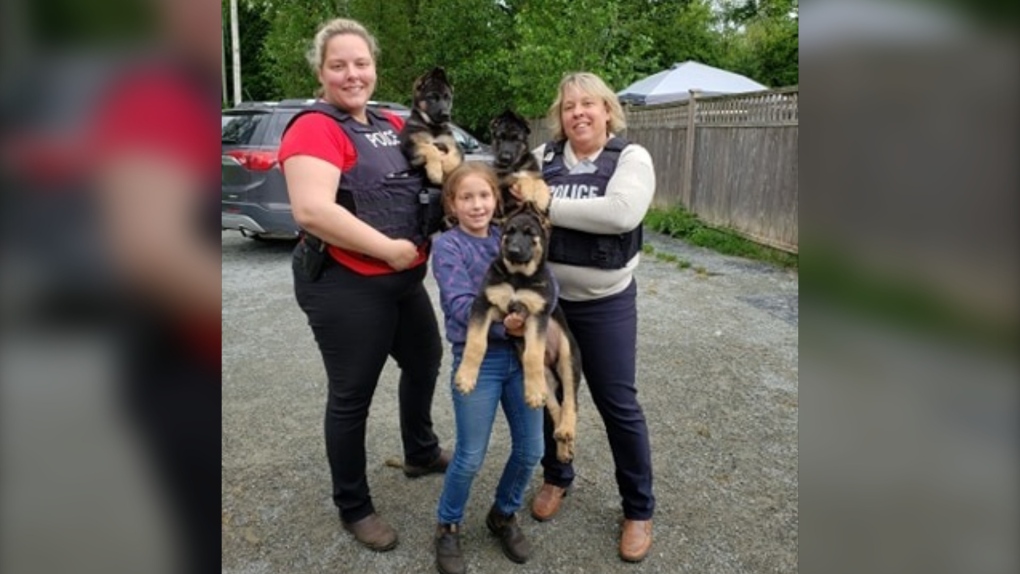 LANGLEY, B.C. -- Hours after their photos started going viral on social media, a Good Samaritan called Mounties to tell them he found a trio of stolen puppies dumped in a vacant lot behind his Aldergrove home.

A longtime competitive dog breeder in the Fraser Valley had asked for help to find the very valuable and distinctive puppies stolen from her facility, one of whom needs medical attention to address a rare condition that could cause blindness.

She's been breeding championship show dogs and purebred German shepherds for nearly 40 years and was alarmed to discover three puppies she was going to train to compete at the Westminster Kennel Club Dog Show were stolen from her property in Langley.

"They would’ve walked right past my bedroom window to get these dogs," she said, explaining that a fence on the property was knocked down overnight to steal the three pups from Woodside German Shepherds.

The two females and one male, just eight weeks old, share the same father as Bella, the Chilliwack German shepherd that won several honours at the prestigious Westminster competition earlier this year. 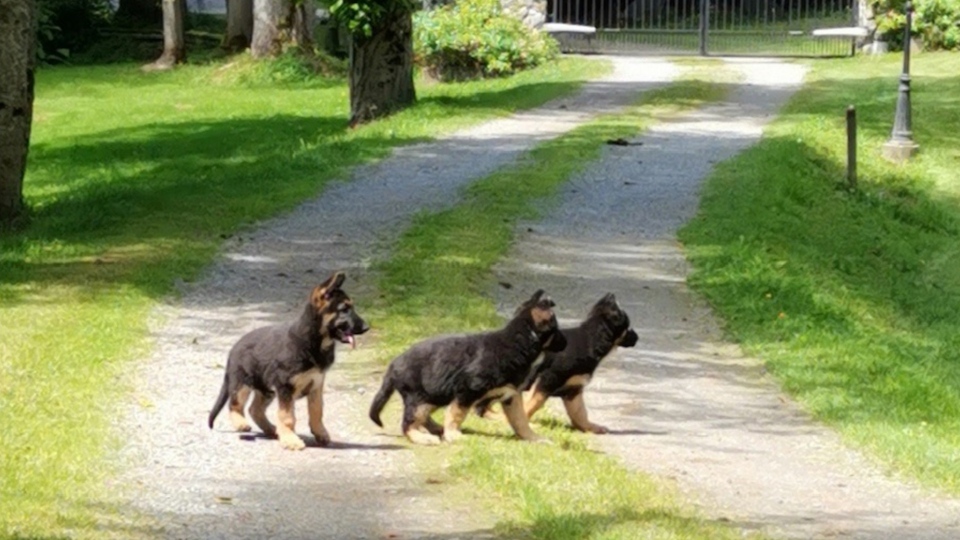 All three dogs have numbers tattooed inside their ears, which are currently sticking straight up as they’ve been temporarily glued into that position to take on the desired "pointy" shape that helps the animals be more competitive and desirable.

They’re about 20 pounds each, so Anderson thinks several people were responsible for the theft.

"It takes years and years to breed these dogs to compete and train," explained Anderson. "These are very sought-after dogs for competition and breeding because the puppies are worth a lot of money."

She estimates the value of each puppy at around $5,000.

The male puppy has a rare medical condition that has tufts of hair growing out of the corners of his eyes, which are quite red and irritated as a result. Anderson says the pup, nicknamed Sweet Cheeks, is scheduled for surgery this Friday to remove the hair and prevent blindness and other health issues.

Now that they’re home safe and sound, Anderson is thanking Langley RCMP and the public for helping recover the purebred pups, which she hopes will have a bright future on the competition circuit.