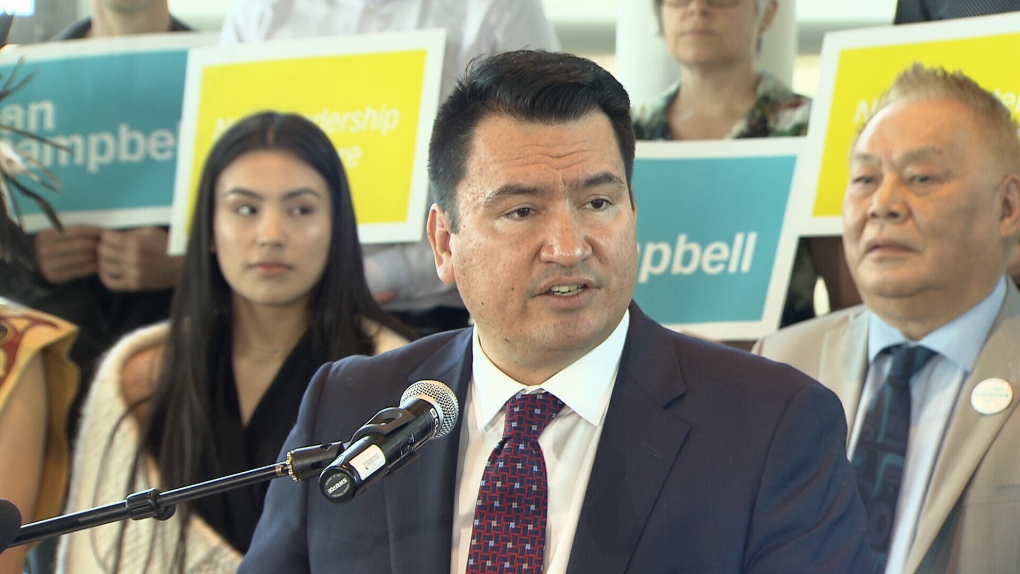 Ian Campbell, Squamish Nation councillor and hereditary chief, announced May 14 that he's entering the race to be Vancouver's next mayor.

Campbell is seeking nomination to lead the Vision Vancouver municipal party and replace its leader and outgoing Mayor Gregor Robertson, who is not seeking re-election.

If elected, he would be the first Indigenous mayor in the city’s history.

“Today, I stand before you as a unifier, a bridge-builder, to offer a new and better path forward,” he told reporters Monday morning.

Campbell spoke of bringing residents together based on common values of caring for the land, water and each other.

He also mentioned housing affordability as a top priority, saying he wanted to re-instate the basic promise that hard-working Vancouverites, no matter their background, could make a home in the city.

“I will not rest until people who work hard and play by the rules can afford to live in Vancouver again,” he said.

He said another priority is tackling homelessness in Vancouver’s Downtown Eastside.

“If it’s not my family, it’s someone else’s family. And that matters to me,” he said.

Campbell said fostering innovation in the city to ensure citizens can have good jobs is also important.

The 44-year-old started working for the Squamish Nation in 1999 as a cultural ambassador and negotiator. He also contributed to the 2010 Olympics and Paralympics, working on the opening ceremonies and establishing Squamish language signage on the Sea to Sky highway.

He also serves on the nation’s elected council.

As a descendent of Musqueam and Squamish families who have lived in Vancouver for “innumerable generations,” Campbell said he knows what it feels like to be marginalized, and also to stand up and fight to change circumstances.