Skier dies after being found at base of Whistler Mountain cliff 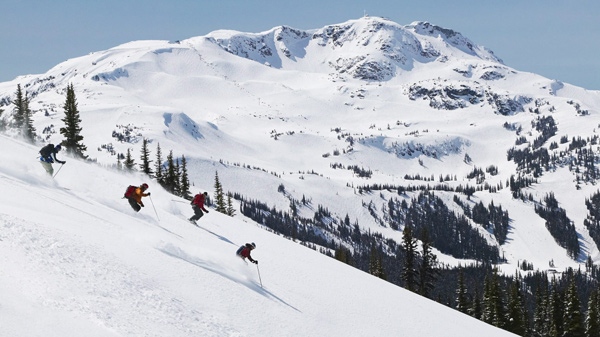 Mounties and the BC Coroners Service are investigating after a female skier was killed on Whistler Mountain Wednesday.

A skier in the west ridge area of the mountain reported seeing a woman at the base of a cliff around 3:30 p.m.

"We attended to the scene to locate a 48-year-old female at the base of a 25-metre cliff," Sgt. Rob Knapton said in a statement issued to media.

Five members of the Whistler ski patrol, two mountain doctors and a paramedic tried to resuscitate the victim, who was found unconscious and unresponsive.

They performed CPR, but she was pronounced dead at the scene.

The victim has not been identified. She was wearing a ski helmet at the time of the accident, according to police.