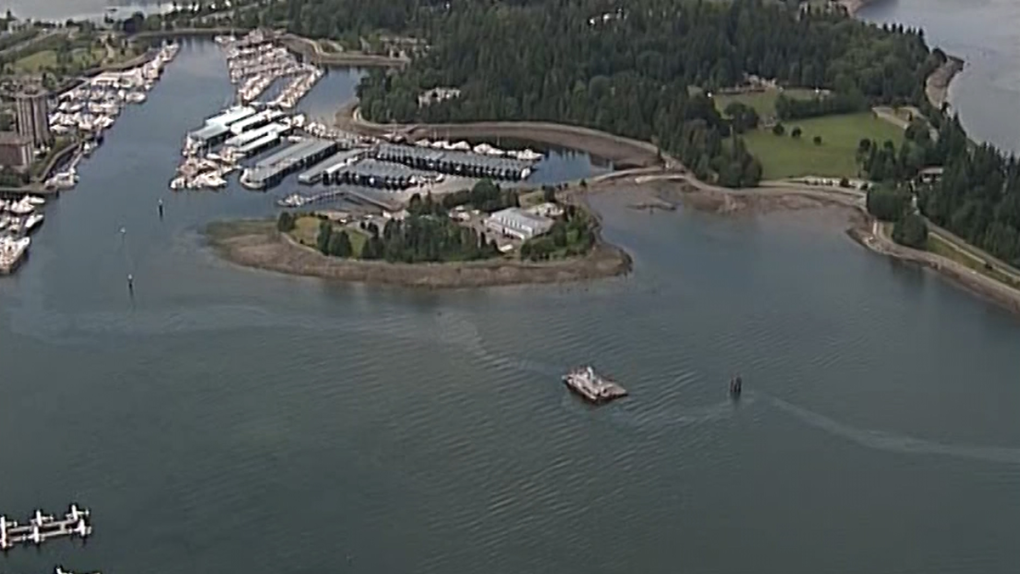 A fuel slick is seen in Burrard Inlet from CTV's Chopper 9 helicopter on June 7, 2019.

VANCOUVER -- The technology is supposed to keep toxic chemicals out of the air – but a conservation organization says shipping exhaust "scrubbers" are dumping pollutants into British Columbia's coastal waters.

That pollution is harmful to marine life, the World Wildlife Fund warns, especially the already-threatened southern and northern resident killer whales that live in B.C. waters and whose numbers have been dwindling as they find it harder to find food.

Many ships burn a cheaper, but more-polluting type of oil known as bunker fuel or heavy oil. It contains pollutants like sulphur, and to comply with new maritime regulations to reduce air pollution and greenhouse gas emissions, many shipping companies have installed exhaust gas cleaning systems.

In a study published Dec. 11, WWF warns that ships that have installed scrubbers instead of switching to cleaner fuel are discharging warm, acidic washwater into the ocean. That water contains carcinogenic substances like polycyclic aromatic hydrocarbons and heavy metals, according to the WWF study. Fish can develop liver problems and become less fertile when they are exposed to the chemicals.

WWF found that in 2017, 30 ships with scrubbers dumped 35 million tonnes of scrubber washwater, and 10 per cent of that contaminated water was dumped in habitats that are critical to resident killer whales. WWF said cruise ships were responsible for 90 per cent of that discharge.

WWF is suggesting that lawmakers introduce regulations requiring shipping and cruise ship companies to use closed-loop or zero-emission scrubbers that greatly reduce the amount of pollutants released in wastewater. Without such regulations, WWF warns, use of the most-highly-polluting type of scrubber, known as open-loop, is expected to grow by 35 per cent as more ships adopt them.