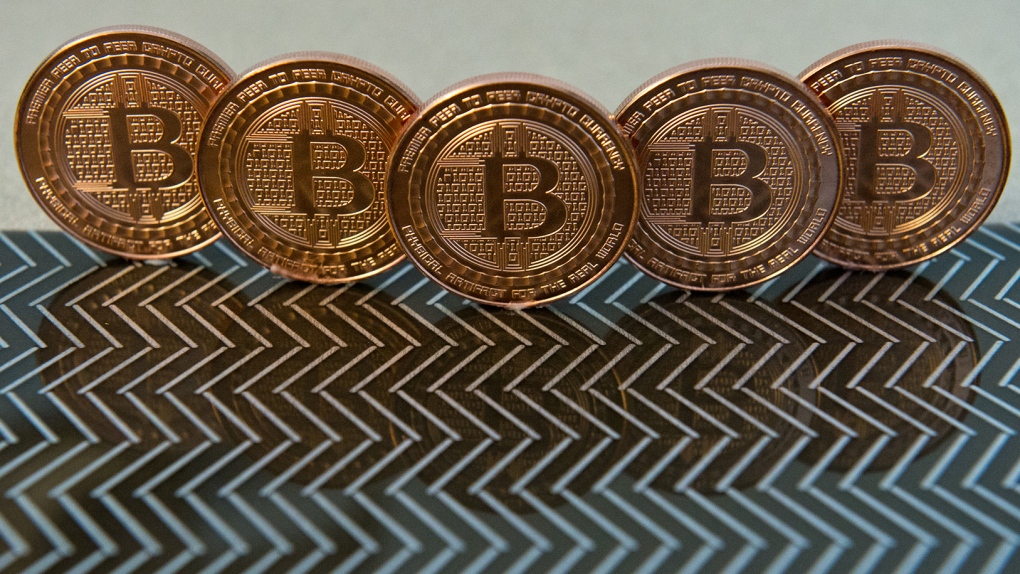 BCSC said today that it has received numerous complaints about customers being unable to access their assets. (KAREN BLEIER / AFP)

VANCOUVER - One cryptocurrency exchange has gone into receivership and another is under scrutiny by the B.C. securities regulator after the websites for both went dark, leaving users unable to retrieve millions of dollars worth of funds.

A spokeswoman for the B.C. Securities Commission said Monday that it has received several complaints about Nanaimo-based ezBtc.ca, and is commenting publicly on its investigation because it is in the public interest to do so.

“The complainants told us they had bought crypto-assets through ezBtc and have not been able to gain access to their assets. ... Customer assets are at risk. Anyone who invested through ezBtc should consider consulting a lawyer about their options for retrieving their money,” said Elise Palmer, the BCSC's media relations and public affairs adviser, in an emailed statement.

Separately, the BCSC said Monday that it has also received “numerous” complaints about customers being unable to access their assets on Vancouver-based Einstein Exchange.

“The BCSC... on October 31 had been told by a lawyer representing the trading platform that it planned to shut down within 30 to 60 days due to a lack of profit,” it said in a release.

The provincial regulator added on Nov. 1 it applied to the province's Supreme Court for an order to appoint an interim receiver to protect any assets of Einstein Exchange. The court granted the application and appointed Grant Thornton LLP as interim receiver.

The commission has also notified the RCMP about concerns involving potential money laundering that were raised by a former Einstein employee, Palmer said.

ezBtc.ca, which dubbed itself Canada's fastest Bitcoin and altcoin (digital currencies other than Bitcoin) exchange, stopped loading last week. Calls to a number previously listed for the crypto trading platform is out of service.

The BCSC said that to date, no crypto-asset trading platforms have been authorized to operate by the provincial regulator, and do not have the same investor protections as authorized companies.

Larry Cameron, a Nova Scotia-based cybersecurity and technology professional who says he did some contract work for ezBtc, said he has not been able to reach its president David Smillie since July.

He said through his work for ezBtc, Cameron retained access to the company's Facebook page, and he is now using it to reach out to affected users and gather information.

Cameron says he has been in touch with more than 70 people who have been unable to recoup their digital currencies and funds, some of whom are owed several hundred thousand dollars each. Overall, he estimates that the total amount lost by these users is in the millions of dollars.

“They can't get a hold of anybody... People have been waiting up to eight months for a withdrawal, and they still haven't received it,” he said in an interview.

Cameron says he is still owed funds for work done for Smillie, and he also purchased Bitcoin on the platform for a client but never received the cryptocurrency.

None of the allegations against ezBtc or Smillie have been tested in court.

The news comes after the demise of Vancouver-based exchange QuadrigaCX, which sought creditor protection after its founder and chief executive died suddenly late last year leaving its employees unable to locate millions of dollars worth of cryptocurrency, according to court filings. Roughly 76,000 users have come forward to claim they are owed about $214.6 million in cash and cryptocurrency.

B.C. RCMP constable Gary O'Brien said that ezBtc was investigated in July but there was “insufficient evidence to support the charges, as it was deemed more a civil matter than criminal.”

B.C. Court Services records show that at least eight lawsuits have been filed against 1081627 B.C. LTD, which operates as ezBtc. The list of cases include civil suits at the province's supreme court and small claims courts.

The Civil Resolution Tribunal in B.C., which handles small claims disputes of $5,000 and under, said last week that there are currently five disputes in progress involving the company.

Ottawa-based developer Rob Johnston said he has tried, for months, every avenue to get his funds back from ezBtc.ca and Smillie. Johnston said he reached out directly to the ezBtc.ca president, who later cut off all communications, and is the process of filing a dispute through the provincial tribunal. He deposited Bitcoin last August, and has since been unable to withdraw it, he says, adding that he is owed about $2,600.

“After 10 months of delays, excuses, and broken promises, it's clear that the respondent has no intention of paying voluntarily,” Johnston said in his application to the tribunal, a copy of which he provided to The Canadian Press.

Calls by The Canadian Press to phone numbers previously used by Smillie, according to Johnston, were either out of service or went unanswered.

Johnston said he has tried to serve a dispute notice to both the company and Smillie, a requirement of the tribunal, but he has only been able to serve the firm.

“I've done everything I can to serve him... and he is hiding or cannot be found,” he said.