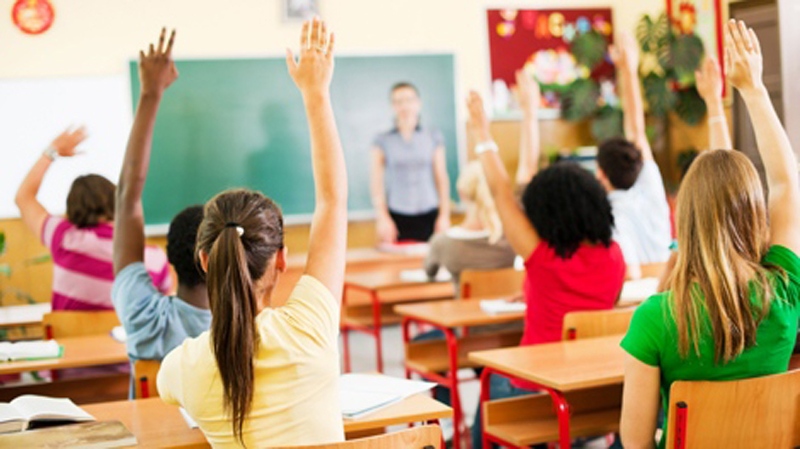 The Vancouver School Board revealed 12 schools that could be on the chopping block.

Vancouver parents learned Monday afternoon which schools made a shortlist of buildings that could be closed by the public board.

The Vancouver School Board is looking to close schools to save money and meet a 95 per cent capacity target the province has set as a condition to pay for long-awaited seismic upgrades.

The list was revealed at a news conference, where board director Mike Lombardi described the decision as "very important and challenging."

The schools on the shortlist are:

Lombardi said the list is preliminary, and only reveals which schools will be looked at further by the board's senior staff.

"No decisions to close any schools have been made," he said.

The final decisions will be made by school trustees, based on a staff report due in September. Before decisions are made, community members will be asked to provide input in the fall, then another report will be presented in December. Those wishing to provide feedback to the board before the end of the 2015-16 school year may do so online.

The province and the Vancouver School Board have been negotiating on what to do after the VSB rejected cuts to balance its $477 million operating budget.

Earlier this year, CTV News obtained information on the capacities of Metro Vancouver schools. Many of the schools losing students sit in what would have until recently been considered family-friendly neighbourhoods, marked by single-family homes with yards, green space and plenty of places to play.

But skyrocketing house prices have made it more difficult for young families to move to those neighbourhoods, Lombardi said at the time.

Wondering how under- or over-capacity your school is? Click through the map to find out.

CTV also looked at how enrolment has changed over time at the city's elementary schools. The data showed that enrolment has dropped steadily since 2007 in most Vancouver neighbourhoods.