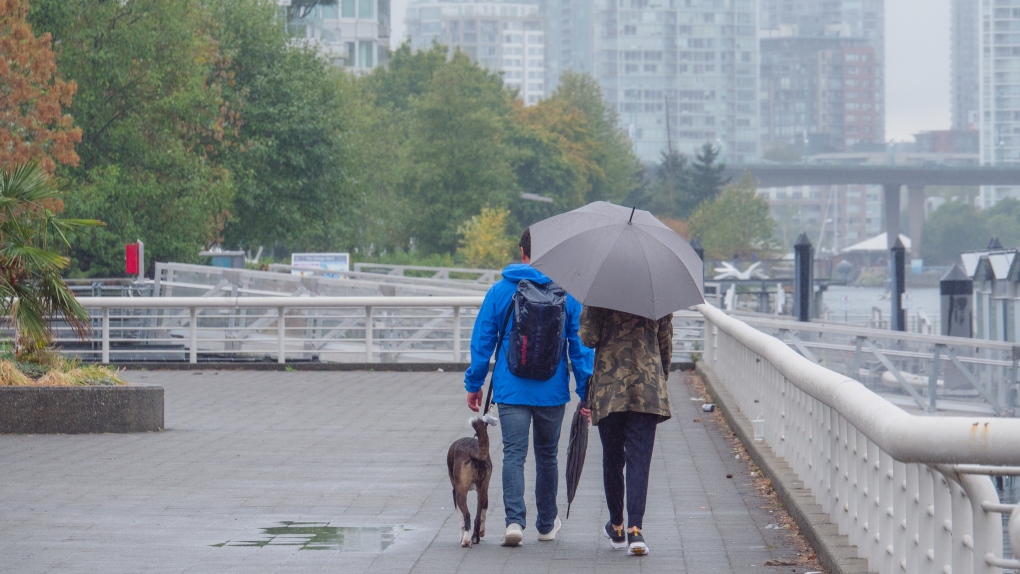 People walk through the rain near the False Creek seawall in this undated image. (Shutterstock)

While British Columbians may be used to enduring storms throughout the fall, a local forecaster says the province could see more rain than normal in the months ahead.

The Weather Network's fall forecast for B.C. predicts the season will start warm and dry, which could lead to prolonged wildfire risk in the province. But in October and November, the weather pattern is expected to change to a much wetter one.

"A typical number of fall storms and rainy days are expected, but this should result in above-normal precipitation totals as moisture-laden systems will bring the risk for excessive rainfall at times," the Weather Network's prediction for B.C. says.

"Near-normal temperatures at the end of the season should also allow the ski season to get underway relatively on time."

Tyler Hamilton with the Weather Network said it doesn't mean there will be rain every day, but some storms could be "capable of holding more moisture" and may lead to a "heightened risk for flooding." It's unclear, however, if the storms will be as severe as the ones that brought significant damage to parts of B.C. last November.

The first day of fall is Sept. 22 and in Metro Vancouver, it appears the last week of summer will be fairly moderate, with high temperatures expected to average around 17 or 18 C.

Friday and Saturday will likely see some rain, Environment Canada's forecast shows, though there's predicted to be a mix of sun and cloud the rest of the week.