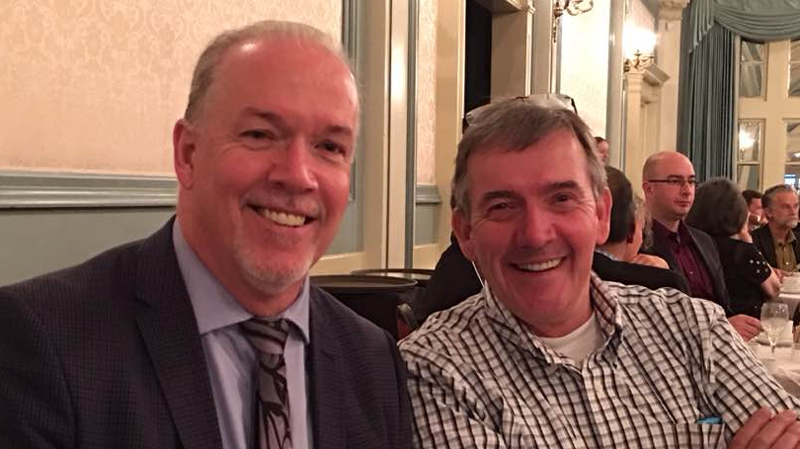 Pat Horgan succumbed to cancer over the weekend, according to a statement from the premier's office. (Facebook)

B.C. Premier John Horgan is grieving the death of his brother, Pat, who succumbed to cancer over the weekend.

The 71-year-old died on Saturday, according to a statement from the premier's office confirming the news.

"It is with great sadness that we announce that Pat Horgan, Premier John Horgan's brother, passed away," it reads. "He will be deeply missed by his family and friends."

Horgan has referred to his brother as a father-figure who took on many family responsibilities after their dad died while the premier was a toddler.

During the hotly contested 2016 election campaign, Horgan often made time to be by his brother's bedside.

Once the premier took office over the summer, Pat Horgan celebrated the news on Facebook, writing "so very proud of you brother – so are mom, dad, nana and Uncle Jack!"

A service is being held on Feb. 10 in Port McNeill, the deceased's home community.

In lieu of flowers, the premier’s office has asked that people donate to lung cancer research through the BC Cancer Agency.