Police seek person of interest and suspect in Whalley robbery 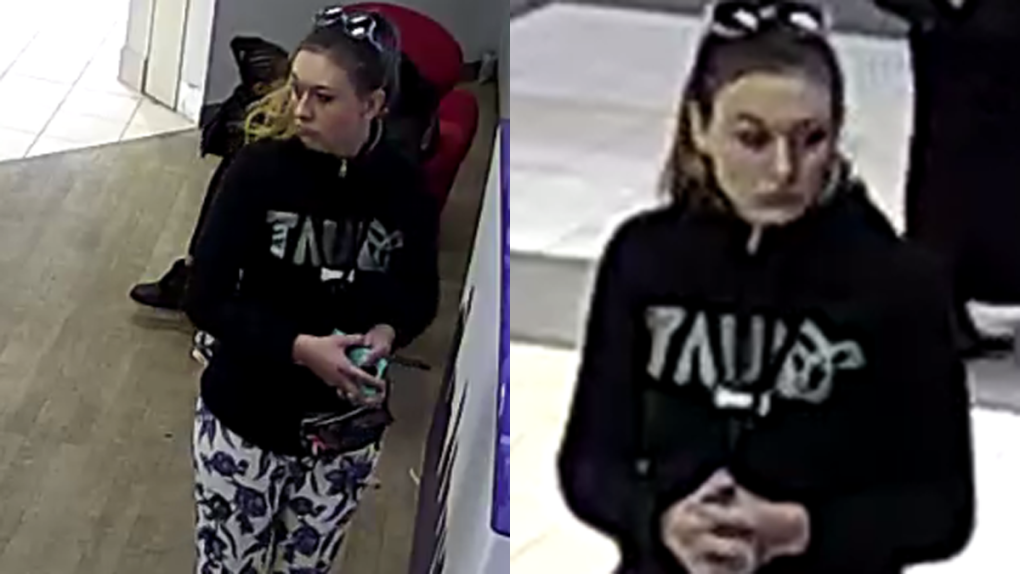 Surveillance footage shows a woman, who Surrey RCMP say is a person of interest in the Whalley robbery case.

VANCOUVER - Surrey RCMP is asking for the public's help to identify a person of interest and a suspect in an armed robbery, which occurred in Whalley.

At approximately 5:42 p.m. on Oct. 27, a male suspect went behind the counter of a Chatr Mobile store in the City Centre Mall and stole money from the cash box.

The man threatened the store employee with a weapon and then fled on foot, using the west exit towards University Drive.

He is described as being white, with a medium build and short brown hair. He was wearing a black hat with a 'Burton' logo, at the time.

New surveillance video also shows a woman, who police say is being considered as a person of interest in the case.