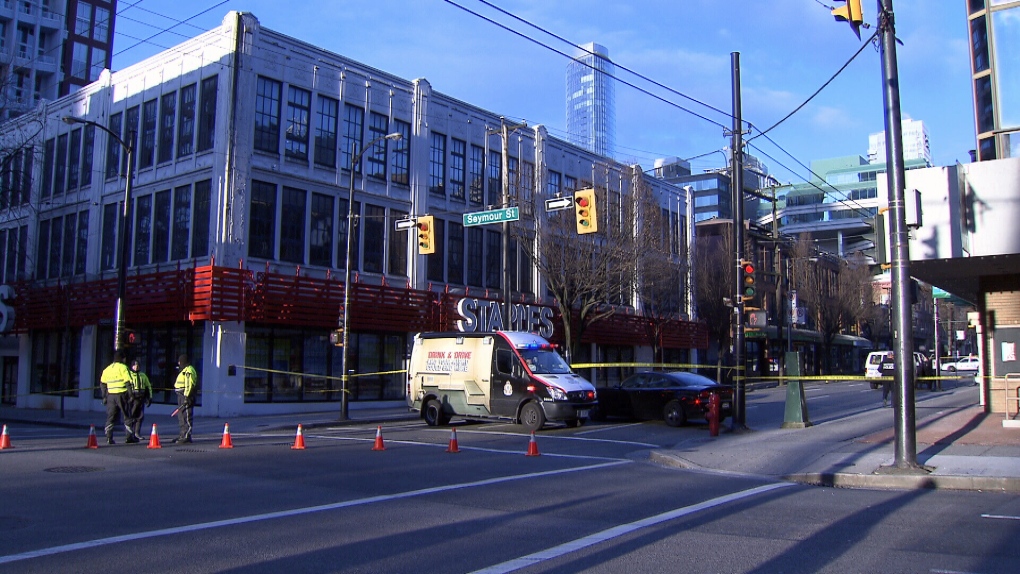 Police investigate a shooting near Granville Street on Jan. 12, 2013. (CTV)

Police are investigating after a man was shot early Saturday morning in downtown Vancouver.

According to police, the man was shot after a fight broke out near the intersection of Granville and Smithe streets at around 7 a.m. The man was rushed from nearby the well-known Granville clubbing district to hospital with serious injuries.

Police believe the shooting was targeted and that those involved knew each other, but said the investigation is ongoing.

"Currently the investigators will be looking into any possible gang connections, or to determine if what happened this morning with the shooting was something beyond a meeting between a group of individuals," said Sgt. Randy Fincham. "We don't know at this time if it was tied to anything carried over from last night."

Three persons of interest are being questioned. Anyone with information is asked to call Vancouver police at 604-717-2541, or Crime Stoppers at 1-800-222-8477 if they wish to remain anonymous.