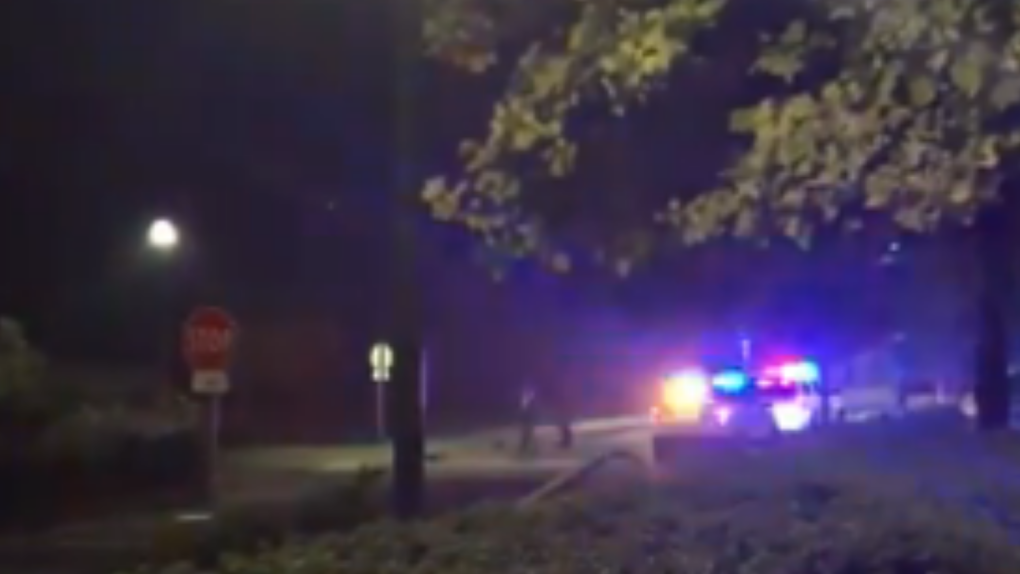 VANCOUVER -- A large outdoor party on the UBC campus was broken up by police over the weekend.

A grad student at the university, Kris Conrad, posted a video to Twitter Saturday night that shows at least two RCMP vehicles with flashing lights and several people running away from the area.

The video caption reads in part, "Front row seats to the RCMP breaking up a party of ~50 people."

In a second video posted by the same person about an hour later, a number of voices can be heard yelling in the background. The caption reads, "...six young women just walked past my door yelling, 'We're back!'" Conrad says the video was shot near the Orchard residence and Totem Park.

Gatherings of more than 50 people have been banned in the province during the COVID-19 pandemic.

The RCMP confirmed to the Ubyssey campus newspaper there were about 50 people at the gathering and no arrests or fines were issued. Mounties said they have taken an educational, rather than a punitive approach.

Conrad lives in the graduate residence on campus. They said they saw the group gathering outside on a lawn, and then heard "a commotion" around 10:30 p.m. As they were looking up the number for campus security, the police arrived.

In August, Public Safety Minister Mike Farnworth announced law enforcement officers would have the ability to issue fines of up to $2,000 for people who host large gatherings that violate current public health orders.

Matthew Ramsey, UBC's director of university affairs, emphasized that the gathering was not sanctioned by the school and that it does not allow gatherings of that size.

"Our understanding is that a group of students gathered outside on Saturday evening. A concerned neighbour contacted the RCMP and RCMP dispersed the gathering," he said.

Since the RCMP did not issue any tickets or make any arrests, the school says it isn't aware of who was involved.

"We would encourage any students who feel that it's appropriate to get together to reconsider, to follow provincial health guidelines, which are to limit your potential exposures to COVID-19, wear masks and stay six feet apart," Ramsey said.

Campus security patrols around residences have been increased, he added. If security comes across a large gathering that doesn't disperse upon request, they will then call the RCMP.

Security officers do not have the ability to write tickets for health guideline infractions.

Ramsey added the school has communicated its health and safety guidelines to students "more than 200 times" since the pandemic began.

"Students on our campuses are well aware of the rules and regulations and we expect our students to follow them," he said.

When asked about his message for students considering attending or organizing similar events in the future, Ramsey's response was simple: "Don't."

"The message is clear from the university. We expect our students to uphold provincial health guidelines, not only for their safety but for the safety of their fellow students, the staff and the faculty of the university," he said.

In response to similar reports of a large group of students trying to party at the University of Victoria over the weekend, Advanced Education Minister Melanie Mark said in a statement Tuesday health officials have been "very clear" about the need for people to follow public health orders.

“To learn that some students are blatantly ignoring the advice and orders of Dr. Henry and gathering in large numbers is unacceptable, completely irresponsible and could lead to enforcement measures," she said.

“I hope that this behaviour is not replicated going forward at UVic or any other post-secondary institution in the province. It undermines the efforts of so many other students and staff who are working to keep campuses open and safe."

front row seats to the RCMP breaking up a party of ~50 people... don’t these kids know we’re trying to *abolish* the police? pic.twitter.com/8UmG61Yf3h