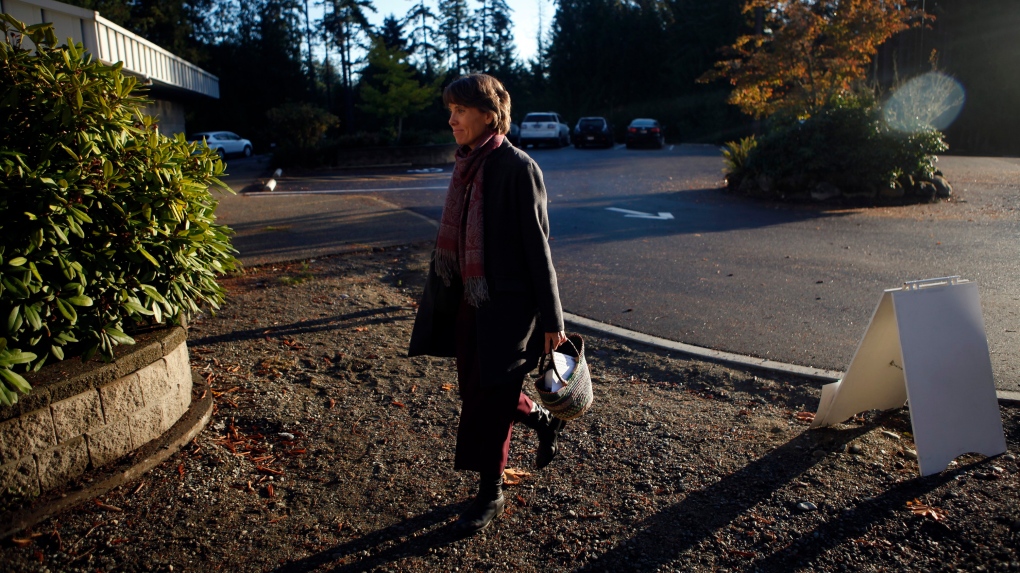 "Every time, I'm like, did I vote for the right person?" she said with a laugh as she walked out. "But I did. I checked twice."

It's been a whirlwind few weeks for Furstenau, who was forced to hit the campaign trail just a few days after taking over as leader of the BC Greens.

"Incredible candidates have stepped forward. Incredible teams. The support level has been amazing," she said. "I'm really humbled and proud of what the Greens have accomplished."

Over in the riding of Vancouver-Quilchena, BC Liberal leader Andrew Wilkinson brought his yellow Lab Rosie to the polling station.

He did not take questions from the media, but was heard commenting to Elections BC staff that the polling station at the Hellenic Community Centre seemed quieter than on past election days.

NDP leader John Horgan was one of those who voted early, casting his ballot on Monday at an advance polling station in his riding of Juan de Fuca.

Those ballots need to be verified and Elections BC won't be able to start counting them until 13 days after election day, meaning some close ridings may not be decided until well into November.

"It sounds like there's been really good turnout for the advance polls and I know a lot of people have mailed in ballots," said Furstenau. "I really hope that we don't see a decline in voter turnout. I'm glad that Elections BC has done so much to make it as safe as possible."

Although Horgan did not cast a ballot on Saturday, he was out doing some last minute stumping with fellow NDP candidates near Science World in Vancouver.

"I can't tell you how happy I am that we're done," said Horgan, who called the election one year early despite the province being in the midst of the global COVID-19 pandemic.

He did not take questions from reporters.