Parents more likely to get flu shot for kids amid pandemic: study 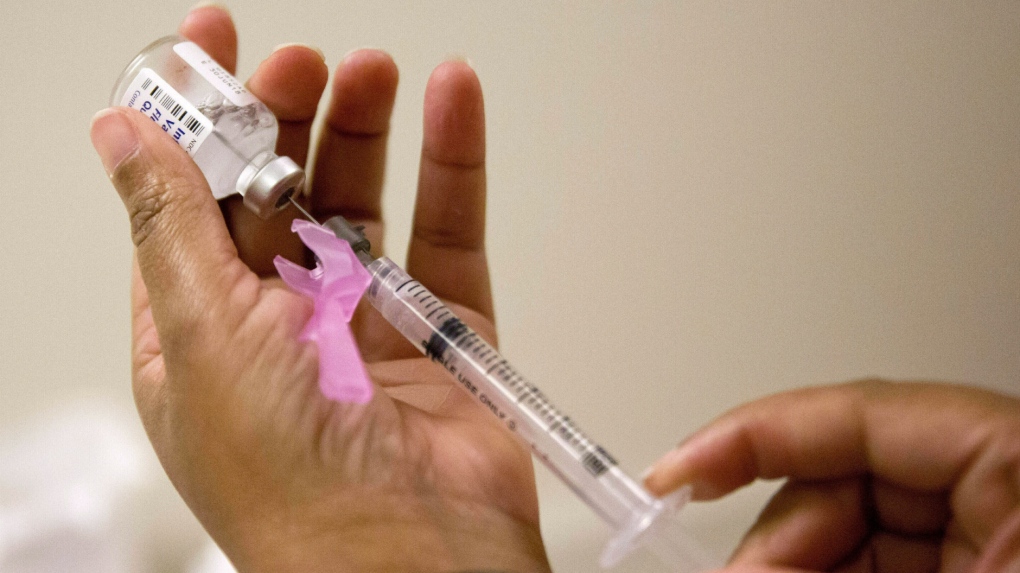 More parents plan to get their children vaccinated ahead of the upcoming flu season, according to a new study out of the University of British Columbia.

VANCOUVER -- More parents plan to get their children vaccinated ahead of the upcoming flu season, according to a new study out of the University of British Columbia.

It found 54 per cent of parents surveyed globally plan to get flu shots for their kids this fall, which is up nearly 16 per cent in comparison to last year.

Researchers suggest the ongoing coronavirus pandemic may be a contributing factor for more parents deciding to get their children immunized from the influenza strain.

"Public health officials worldwide are concerned about the potential harmful combination of the COVID-19 infection with influenza in the upcoming season and immunizing children will be critical in protecting both children and adults against those viral infections," said the study’s lead author Dr. Ran Goldman, professor in the UBC faculty of medicine’s department of pediatrics, in a news release.

The study surveyed nearly 3,000 families from Canada, the U.S., Israel, Japan, Spain and Switzerland who visited emergency departments between March and June.

More than a quarter of respondents who did not vaccinate their children last year said they plan to do so for the upcoming season. The study found among those families, concerns that their child may have been exposed to the virus played an integral role in their decision to immunize them against the flu this year.

"Understanding parents’ plans for the upcoming influenza season will help us respond to the COVID-19 pandemic and future public health needs," said Goldman.