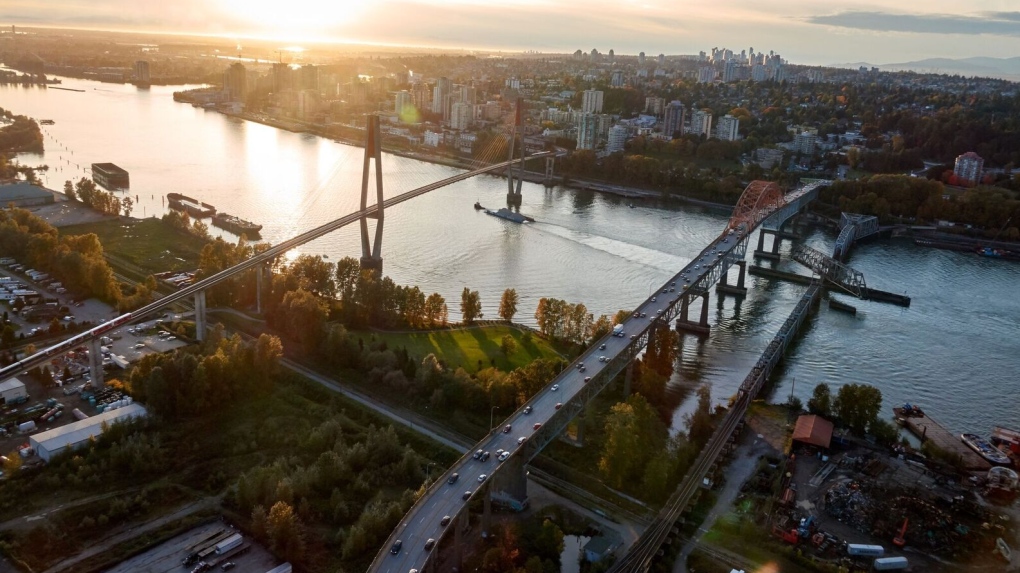 VANCOUVER -- Overnight lane closures will be returning to the Pattullo Bridge starting this weekend as the structure undergoes major safety upgrades.

The aging crossing, which is operated by TransLink, will be closed for ongoing work related to the installation of an early seismic activity and wind warning system.

Some of the upgrades include seismic activity and wind warning sensors, bridge closure devices, fibre-optic cables and advanced warning lights and signals.

TransLink says the new system will be able to block entry to the bridge in the event of an extreme seismic or wind event and is scheduled to be activated "in the coming weeks" after it's successfully passed a number of tests.

Emergency vehicles, cyclists, and pedestrians will still be able to use the bridge in both directions all weekend, but drivers should plan to use the Port Mann or Alex Fraser bridges instead. TransLink says N19 bus trips will be re-routed over the Queensborough Bridge, but passengers should expect an additional 30 minutes of travel time.