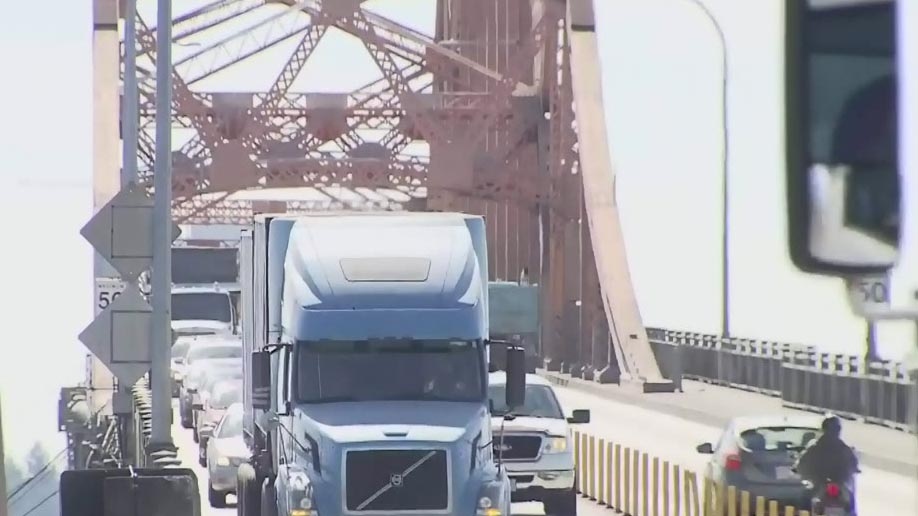 A truck drives over the Pattullo Bridge.

VANCOUVER - Drivers traveling over the Pattullo Bridge into New Westminster during the second half of October may want to consider alternate routes overnight.

TransLink says overnight closures in the northbound lane will be in effect between Oct. 15 and Nov. 4 and could bring travel delays of up to 30 minutes.

"When complete, the new system will be able to block entry to the bridge in the event of a seismic or high wind event," TransLink's website says about the project. "The installation is projected to be completed by the end of this year."

Those who normally use the bridge are encouraged to travel over the Port Mann or Alex Fraser bridges instead.

The northbound N19 bus will be rerouted over the Queensborough Bridge.

"We thank bridge users and neighbours for their patience during these times," TransLink says.