Over 30,000 customers without power in Interior: BC Hydro 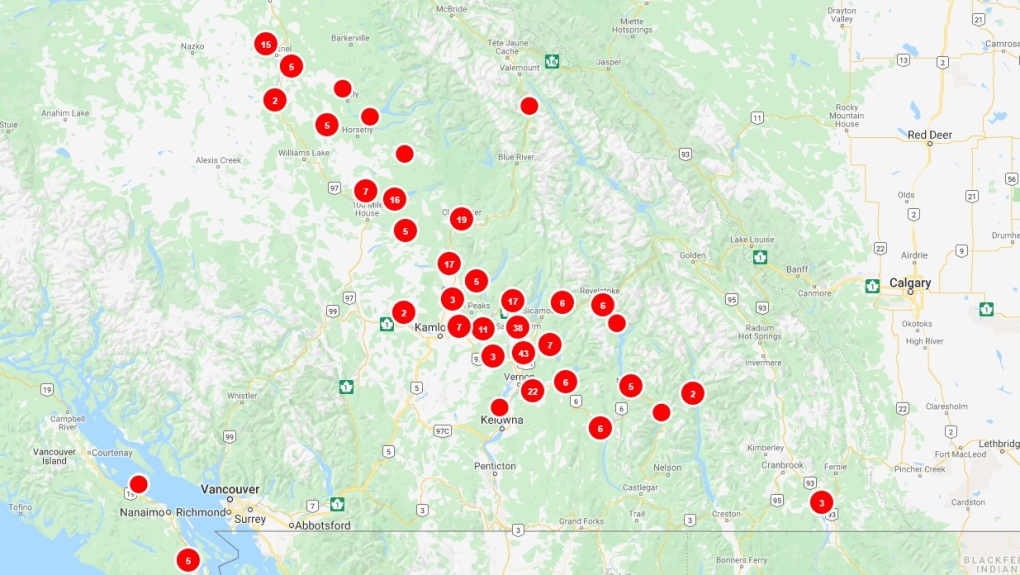 Thousands of customers were without power on Jan. 1, 2020. (BC Hydro outage map)

VANCOUVER -- BC Hydro says around 34,000 customers in the central and southern Interior woke up to greet the new year without power on Wednesday morning.

It says crews have been brought in from other parts of the province in order to restore power.

The utility says the hardest hit communities are Salmon Arm, where around 18,000 people are without power, followed by Vernon, Kamloops, Williams Lake and 100 Mile House.

It says crews have restored power to more than half of affected customers since the storm began.

But snowfall is expected to continue and some crews have been delayed due to poor conditions.

This report by The Canadian Press was first published Jan. 1, 2020.