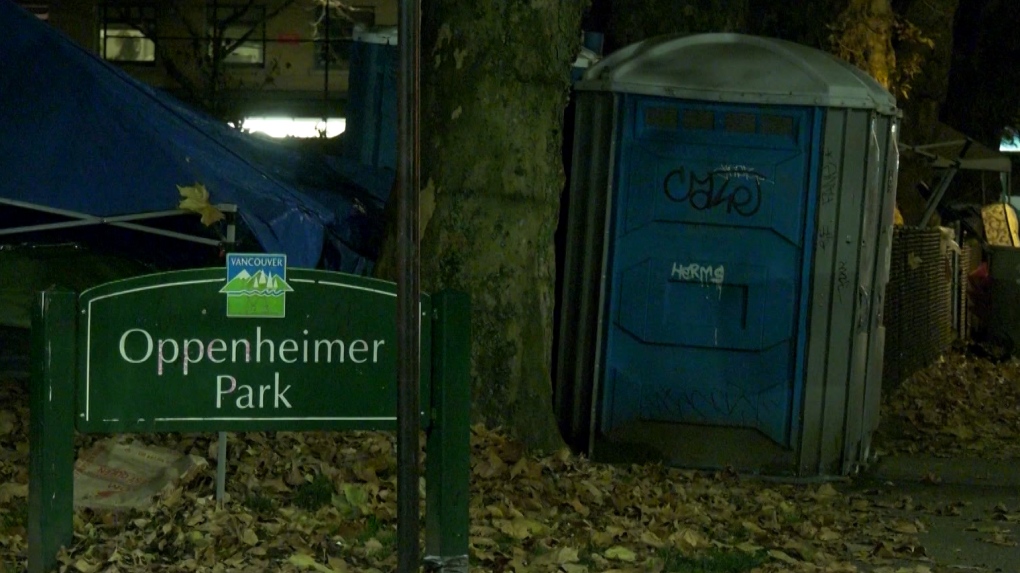 Advocates at Oppenheimer Park say the portable toilets haven't been cleaned in weeks.

VANCOUVER – Pressure for action at Vancouver's Oppenheimer Park is mounting, as advocates say the washrooms have been unusable.

A representative from the Carnegie Community Action Project said the portable toilets haven't been cleaned in weeks, adding that they're making people sick.

Making matters worse, the group says, the permanent washroom inside the park has been temporarily closed because of plumbing issues.

"We're sick and tired of these games that city hall is playing," said tent city liaison Chrissy Brett in a news release. "These games are impacting the lives of 150 people and adding additional stresses and pressures on already vulnerable people."

Brett added that some people occupied the permanent washrooms to prevent their closure.

Coun. Melissa De Genova told CTV News Vancouver that they're aware of the state of the city-run washroom.

"There are issues with them right now, they're not in good working order so they had to be closed down," De Genova said. "We have heard that it's been very difficult for our staff to work in the park."

But De Genova said some city staff feel unsafe going in to clean and repair the washrooms.

"We are putting people at risk every day, in my opinion, by sending them into a condition that we know is dangerous," she said.

Vancouver police have previously said the city has seen a spike in crime in 2019, which Deputy Chief Const. Howard Chow described as "stemming out of Oppenheimer Park and sprawling into the Downtown Eastside."

In August, those living in the park were issued a notice requiring them to move out of the encampment. They were offered other accommodations through BC Housing, but some residents chose to remain in the park.

The Vancouver Park Board has not sought an injunction against the remaining residents.