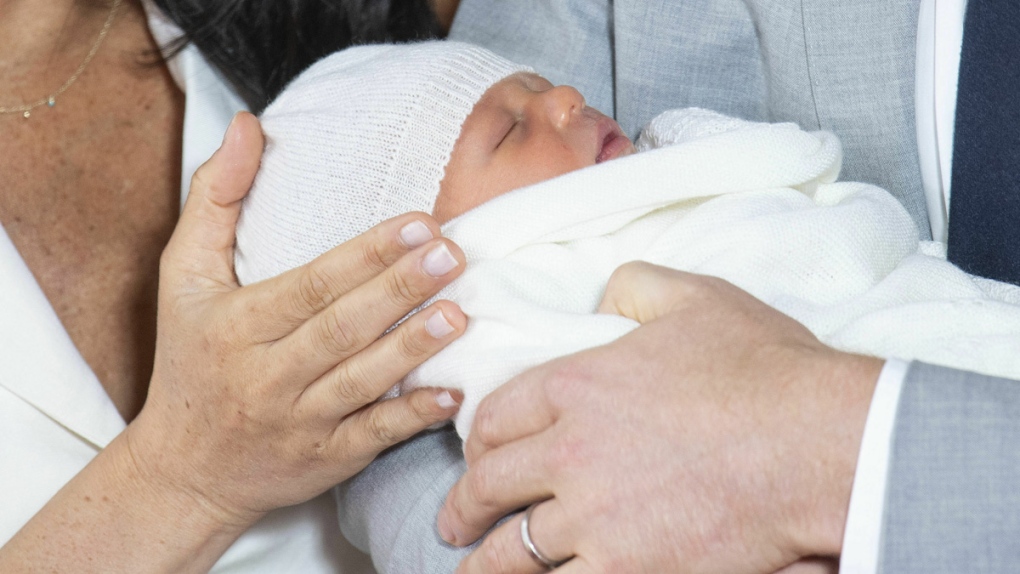 Prince Harry and Meghan, Duchess of Sussex, during a photocall with their newborn son, on May 8, 2019. (Dominic Lipinski / Pool via AP)

When bettors caught wind that a royal addition was on the way, they put money on everything from the date of birth to how many babies.

The B.C. Lottery Corporation offered opportunities online, with options including whether Ben Mulroney might be a godparent. But one of the most popular bets was what Prince Harry and Meghan would name the royal baby.

It was before the baby's gender was known, and the most popular option was "Diana," a spokesperson from BCLC told CTV News Thursday. For boys, it was a tie between Theodore, James and Arthur.

But the couple announced Wednesday that they'd chosen something else: Archie Harrison Mountbatten-Windsor.

Archie was an option, BCLC said, but not one that any bettor chose. It opened on the market at 60:1 odds, and closed at 13:1.

There were zero bets on Archie in B.C.

Elsewhere, one woman ended up more than $30,000 richer because she chose correctly. The woman, who has not been publicly identified, said she picked the name because her grandson named Archie shares a birthday with Prince Harry.

The baby also shares his name with a B.C. man, who said he was shocked by the news.

Archie Windsor, of Duncan, said he'd joked about "Arthur" – which is his middle name – but didn't expect the youngest royal to be given his first name.

Prior to the younger Archie's birth, Windsor said the only person he'd been compared to was "All in the Family" character Archie Bunker. Now he's expecting some ribbing from his family and friends.