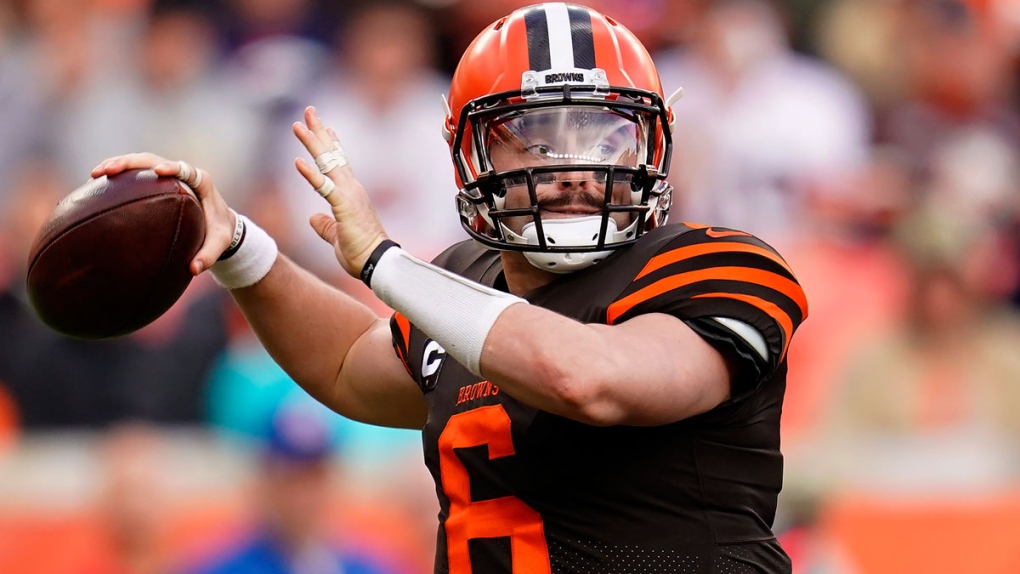 Given all of the talent they've assembled - Baker Mayfield, Odell Beckham Jr., Jarvis Landry, Nick Chubb, Myles Garrett, Denzel Ward - it'll be fascinating to see whether the Cleveland Browns are just as patient with apparently in-over-his-head Freddie Kitchens as they were with undoubtedly in-over-his-head Hue Jackson.

Because as accustomed to losses, and lost seasons, as the Browns themselves, not to mention even the most loyal Clevelanders, must be by now, the manner in which this edition of the team is falling apart must be alarming.

A 24-19 defeat against the lowly Denver Broncos and an unknown 27-year-old quarterback who never before had thrown a pass in the NFL, Brandon Allen, on Sunday was evidence enough of where things stand for a Browns team that has dropped four games in a row and fell to 2-6 after being a popular preseason pick to win the AFC North.

The offence kept stalling in the red zone. Two failed attempts on fourth down hurt, too, including a last-ditch try on which Mayfield threw incomplete to a double-covered Landry down the middle instead of a seemingly open Beckham on the sideline. The defence allowed Allen to toss a pair of TD passes, including one that went 75 yards, and gave up a 30-yard score on the ground.

Bad as it is on the field for Kitchens and Co. - not quite as bad as the 1-31 disaster Jackson oversaw not too long ago, but bad enough - the off-field circus is in town, too.

Beckham complained after the game that he'd been forced to switch out of his pair of clown-design cleats at halftime; Landry also had a shoe issue.

On Monday, the team cut safety Jermaine Whitehead , who was chastised by the Browns for what they called his "totally unacceptable and highly inappropriate" posts on social media after the game.

Plus, Beckham - talented as can be, yes, but there's always something with him - reportedly said something as he left the field about not getting the ball enough.

"He's frustrated 'cause we're losing," Mayfield said. "We all are."

Otherwise, there was a lot of talk about "singular focus" from Mayfield, while Kitchens' big insight was that his players "just got to execute better."

Kitchens, who began last season as the team's running backs coach, was asked about his job security.

In case you missed it, here are other top topics after the NFL season's ninth Sunday:

PATRIOTS TAKE AN "L" AND FINS GET A WIN

Bill Belichick's New England Patriots are no longer unbeaten, losing 37-20 to Lamar Jackson and the Baltimore Ravens at night to drop to 8-1 heading to their bye week.

Jackson threw for one TD and ran for two others - dragged across the front of the end zone by lineman Orlando Brown Jr. for the last - against a New England team that had been allowing 7.6 points per game.

"We've all got to do a better job," Belichick said. "That includes everybody. Period."

At the other end of the spectrum, Belichick's former assistant Brian Flores won a game as an NFL head coach for the first time: The Miami Dolphins, um, "improved" to 1-7 by beating the New York Jets 26-18.

Now the San Francisco 49ers are the last unbeaten team, and the Cincinnati Bengals are the only winless club.

All in all, it was a rough day to be on the road: Miami, like Baltimore, played at home, and teams hosting games in the U.S. on Sunday went 11-0 (the day's other game was in London).

In a statement of support for Washington Redskins left tackle Trent Williams, who has held out this season, the players' union accused the NFL Network of repeating "misinformation" that "is not sourced and is only designed to tarnish Trent's reputation."

Williams said Thursday he told the Redskins about a growth on his scalp six years ago and the team's medical personnel downplayed its severity; he said he eventually had a tumour removed.

A day later, former Redskins GM and current NFL Network analyst Charley Casserly said Williams was told three years ago that the growth on his head should be tested and said the player never scheduled the procedure.