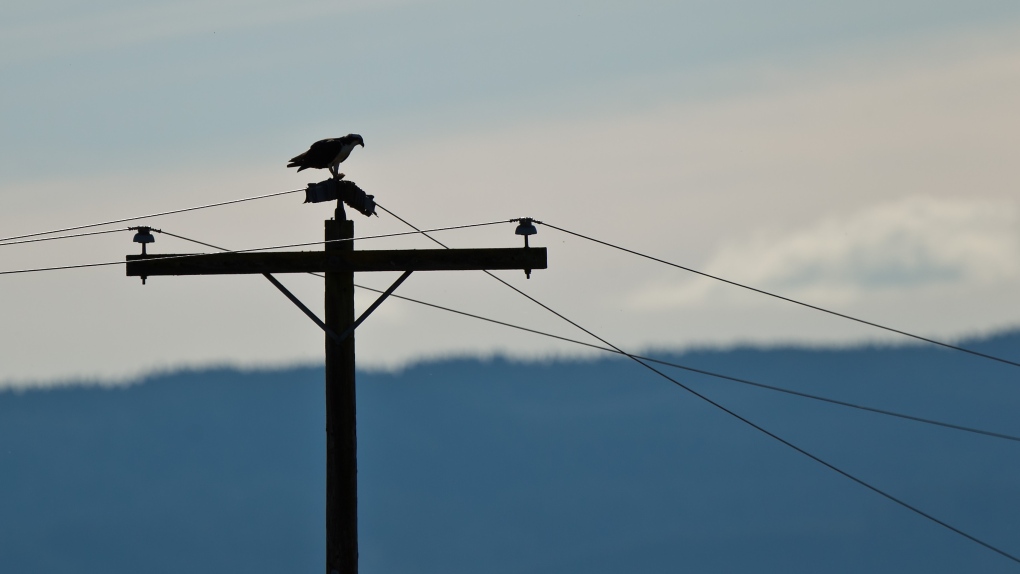 An osprey perches on a hydro pole in this photo from Shutterstock.com.

When the lights went out for thousands of hydro customers in B.C.'s Interior, residents probably thought of the weather, or wondered if something had knocked down a power pole.

The actual cause, it turns out, was birds.

There were a few outages over the weekend in the Lake Country and Westside Road area of the province's Okanagan.

Thousands lost power for hours on Friday morning, then again on Saturday morning, and hundreds saw their lights go out again on Sunday afternoon.

According to BC Hydro, these outages were all due to bird activity. Osprey were attempting to build nests on power distribution poles, a spokesperson told CTV News.

"Several sticks and debris were placed on top of the poles, which led to the outages," the company said. In one case, there was a small fire on one of the poles due to debris, and it had to be replaced.

For responding crews, it's complicated. Osprey nests are protected under federal wildlife and bird acts, BC Hydro said, so they can't just be dismantled.

What they can do is move them somewhere else – often to poles with platforms on top, designed specifically to encourage nesting.

It's not a new problem for hydro workers, and BC Hydro said it has some strategies to prevent this from happening.

One is the installation of the previously mentioned platform poles. In fact there is such a pole in the area of the nest that caused the weekend's outages, but unfortunately for impacted customers, it was already inhabited by a Canada goose.

Geese actually can deter nesting, and BC Hydro uses fake geese models placed at the top of some poles to deter osprey from building their nests in the area.

Other poles have osprey guards at the top, which prevent the birds from jamming sticks into equipment wen they start building.

BC Hydro said they aren't commonly used at the moment, but it's something being considered for the area where the latest outages were.