The University of B.C. is giving students a first-hand look at its very tiny solution to affordable student living.

On Monday, the campus debuted a full-scale mockup of its so-called “Nano suite” – a self-contained dorm room that is roughly the size of a single parking space.

The rooms may be wee, but they do have all the amenities of a larger apartment – including a kitchen and private bathroom with shower.

The study space, which measures roughly seven by three feet, folds down into a double bed.

“The desk is quite large. It stays level and becomes the base for the bed when it folds down, so you can leave your laptop and papers on it – it’s a neat feature,” said Andrew Parr, managing director of student housing for UBC.

“People are saying ‘hey, I could imagine living here,’” he said.

A total of 70 of the micro apartments will be built as part of a pilot project, and are expected to be completed by 2019.

Parr said the suites are geared for upper level or master’s students who want to take advantage of the on-campus amenities nearby but still want a “quiet safe haven” to come home to at night.

The Nano suites will be a part of the new Gage South Student Residence, which is going up in the “urban core of the campus” – just a few hundred steps away from a new fitness centre, new student union building, banks, restaurants and retail shops. 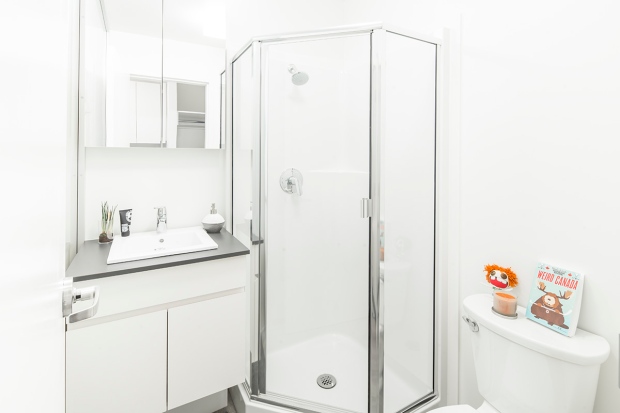 The smaller suites are a measure to address an increased demand for on-campus housing, the issue of affordability for students.

“We know that the rents are the equivalent for what people could rent in Burnaby, East Van or Richmond – but these don’t have the hour or two of commuting per day to get to campus,” Parr said.

Vancouver’s red-hot real estate market, coupled with record-low rental availability in the city, has been a huge issue for UBC, says Parr.

“This has a direct impact on us. Students coming into UBC are having a really hard time finding housing,” he said.

If you want to see the Nano in person, it will be on display at UBC until April 1.

Have your say: What do you think of the Nano suite? 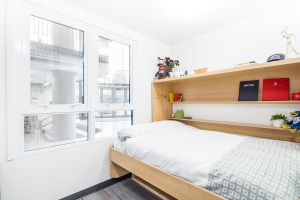