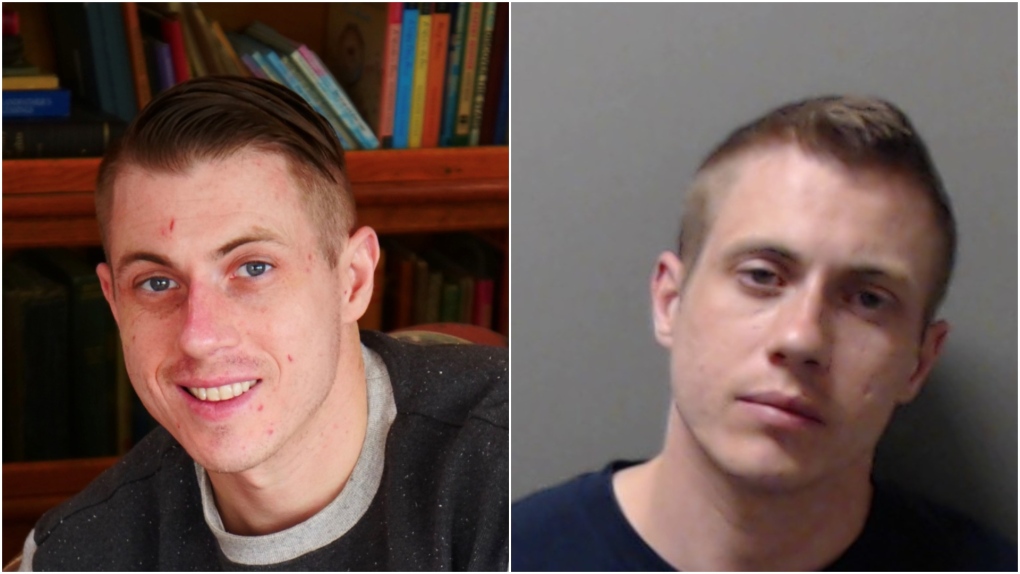 Mounties in northern British Columbia are apologizing for what they call an "oversight" after failing to note that a missing man was also wanted for first-degree murder.

Earlier this week, the Prince George RCMP detachment issued a notice to the public about missing man Anthony James Graham.

The advisory sent to media on Thursday describes Graham as white, 6' and about 190 pounds, with blue eyes and light brown hair.

It says Graham was last seen by friends in Prince George in late May, and that the detachment opened its missing persons investigation the next month.

It also says Graham has connections to B.C.'s Okanagan, suggesting he may have travelled to other parts of the province.

What it doesn't say, however, is that Graham is wanted in a double homicide case, and that he's considered armed and dangerous.

Mounties in another B.C. city, Penticton, have also been investigating Graham. It is alleged he was, in fact, in the Okanagan, and that during that time he was involved in the murders of brothers Carlos and Erick Fryer.

The Penticton RCMP announced June 18 that Graham was one of two people charged in the case, which investigators believe is tied to gang and drug activities.

In announcing the charges against Graham, as well as 32-year-old Wade Cudmore, who is in custody, police said Graham's whereabouts were unknown at that time.

"He could be anywhere in B.C. and should be considered armed and dangerous," Cpl. Jesse O'Donaghey of the RCMP's Southeast District said in a news release at the time.

"If you see him, do not approach, and immediately call 911."

It's a much different approach than Mounties in Prince George took this week, when they issued what appears to be a class photo, and wrote about his family not having seen him since May.

Called out by media and on social media, the Prince George detachment issued a "correction" about the missing man.

"It was an oversight made by this office not duplicating the public warning about Mr. Graham. We are putting processes in place to make sure such an omission does not happen again," a spokesperson wrote in a statement Friday.

Mounties across B.C. are still looking for Graham, and ask anyone with information to call local police, 911 or Crime Stoppers.

The charges against Graham and Cudmore have not been proven in court.

Ontario Provincial Police are warning motorists about the potential for significant delays as a trucker convoy protesting vaccine mandates, among other things, makes its way through the Greater Toronto Area today.

U.K. researchers have developed a COVID-19 testing lab that fits into a backpack, which they say could offer low income and remote communities a more affordable and accessible method for detecting the virus.

On International Holocaust Remembrance Day, Hedy Bohm shares her story of surviving the Holocaust, how the Nazis murdered her parents, and the message she has for younger generations.

Attorneys say a teenager charged with killing four students at Michigan high school will pursue an insanity defense. A notice was filed Thursday, according to a summary of case filings available online.