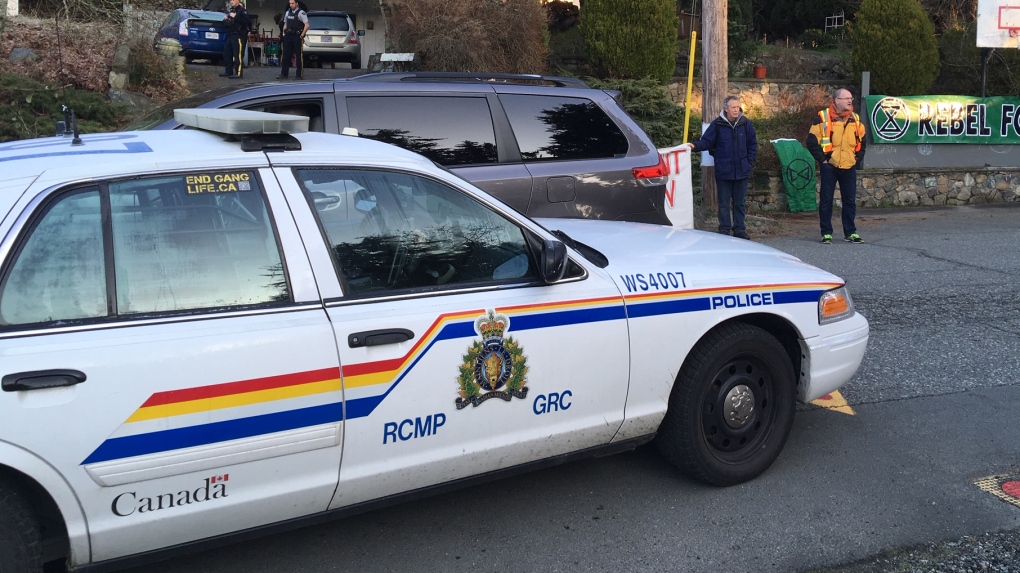 Protesters outside the home of Premier John Horgan. (CTV News)

VANCOUVER -- Three people have been charged in connection with a trespassing incident at the home of B.C.'s premier.

The province's prosecution service confirmed the charges in a statement to media Monday, saying a special prosecutor had been appointed to the case back in March.

They are scheduled to appear in court on July 15.

The charges stem from an incident back in February.

An environmental activist group staged a protest outside of John Horgan's home, and three people were arrested by responding RCMP officers.

It is alleged those three attempted to block the premier from attending the day's provincial budget announcement.

Mounties said at the time that it was reported those three people had entered the premier's property, banged on his door and stated they were going to make a citizen's arrest.

The protesters were released later that day under the condition that they avoid Horgan's home and constituency office.

The demonstration from Extinction Rebellion was one of several anti-pipeline protests across Canada at the time.

The week before, hundreds of activists blocked the entrances to B.C.'s legislature in Victoria, and later on, protests were held outside ministry offices in the capital.

Activists were protesting against the Coastal GasLink pipeline project in Northern B.C., and in support of hereditary chiefs who oppose the construction of the pipeline on traditional Wet’suwet’en territory.

Representatives of government and the Wet'suwet'en Nation signed a memorandum of understanding stating federal and provincial officials recognize the nation's rights and title.

It also gave a timeline for negotiations regarding land use, resources and other topics.