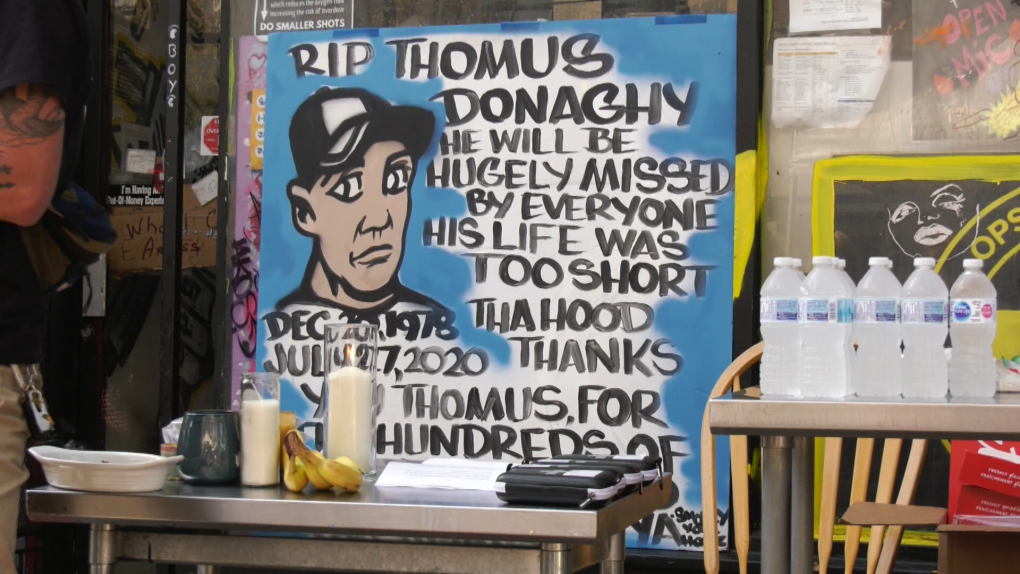 VANCOUVER -- A memorial was held for Vancouver's latest homicide victim Monday, a week after his death.

"Thomus was a powerful force of kindness – the kind of kindness that was easy to accept in the sense that he was always making others feel comfortable," said Jonathan Orr, peer services manager at RainCity Housing.

"It's really difficult to even think about that hole that he's going to leave."

Donaghy had been on a break from a shift at the Overdose Prevention Society, which is managed by RainCity.

Police say he was involved in a fistfight that turned deadly.

A suspect has not been publicly identified.