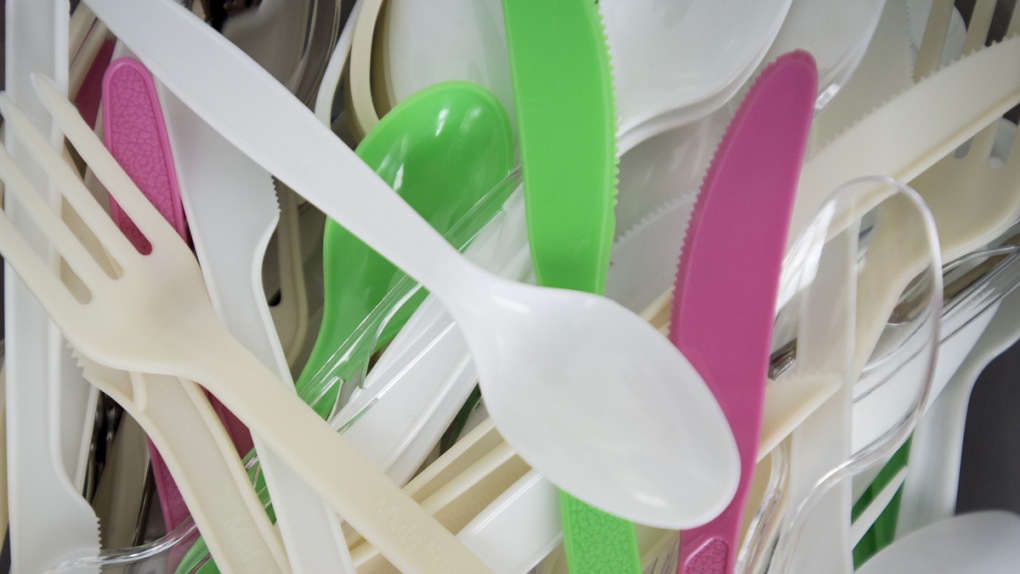 The fast-food giant's move is the latest in a wave of announcements from major chains pledging to reduce their reliance on plastic, but experts say the steps are small, often take a long time to expand nationally and, if not properly planned, will ultimately have a negligible impact.

“As one of the largest restaurant chains, we have the responsibility to take action on these important social and environmental challenges,” said Rob Dick, supply chain officer at McDonald's Canada.

The company announced Wednesday it would operate one location in Vancouver and another in London, Ont.

While the two locations will continue to use much of the same packaging found in other McDonald's restaurants, they will also test alternatives. This summer, diners there will see wooden cutlery and stir sticks, and paper straws, as well as receive their cold drinks in a cup without plastic coating and with lids made from a wood fibre.

It's part of the company's commitment to source all of its guest packaging from “renewable, recycled or certified sources” and recycle all of it at each of its restaurants by 2025.

McDonald's is not the only company to start introducing more environmentally friendly packaging.

Burger chain A&W swapped out plastic straws for compostable ones at its restaurants earlier this year.

Tim Hortons has introduced a new lid that is 100 per cent recyclable, said spokeswoman Jane Almeida in an email, adding it will be rolled out nationally by the end of the summer. The company is also testing paper straws and rolling out wooden stir sticks, and has announced a 10-year marketing effort to sell consumers on the merits of reusable cups.

Starbucks plans to eliminate plastic straws globally by 2020, according to an emailed statement that also outlined the company's other initiatives including helping to fund a competition to develop a compostable paper cup and an upcoming pilot of a greener cup alternative in Vancouver.

Many of these promises start out as tests, but can take a long time to scale nationally.

McDonald's chose to start testing in two restaurants to allow it to be more nimble and try new things faster than if it were to attempt the same at its more than 1,400 restaurants in Canada, Dick said.

This allows the company to test them from a food safety and quality perspective, like whether consumers will approve of the feeling of drinking out of a wood-fibre lid.

There are practical considerations, he said, like the fact that it's easier to ship new items to two restaurants rather than 1,400.

It's too early to tell how long it would take to scale-up any of the tests, he said, but if the reaction is positive, the company will work with the supplier to add more restaurants incrementally.

“That also gives the supplier and the industry kind of time to catch up.”

Restaurants struggle with tight profit margins and competition is fierce, he said, adding consumers don't want to pay a premium for green alternatives even if they support their use. A recent study he conducted suggested Canadians aren't willing to pay more than a 2.5 per cent premium.

“So, I'm sure that the packaging costs have to be ultra-low, otherwise they're not going to be able to launch an alternative.”

There's also the fear of initiatives backfiring, he said, and having a catastrophic impact on share price if it's a public company.

“Nobody wants to over commit to a strategy that might not work,” he said, explaining it's a safer bet to start small.

What Vito Buonsante wants to see instead of these small changes, though, is a shift from the fundamental business model of throwing away packing.

Restaurants should focus more on reducing waste and reusing equipment, said the plastics program manager at Environmental Defence, an advocacy organization that fights for a reduction in plastic waste. One example of this would be A&W serving much of its eat-in meals on ceramic plates and in glass mugs.

As for the third R - recycling, he said they need to ensure their products are actually recyclable in all of Canada's jurisdictions and that requires more transparency.