Maple Ridge officials, homeless to work together on safety concerns 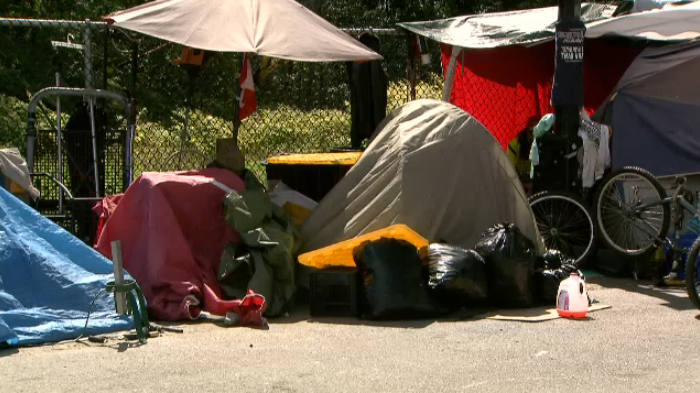 Maple Ridge officials said an encampment where up to 80 people live has deteriorated and is unsafe.

VANCOUVER - Officials in Vancouver suburb say they will work with a group of homeless residents to increase safety at a local tent city.

The City of Maple Ridge issued a news release on Sunday saying staff had come to an agreement with lawyers for the campers and the agreement will see steps taken to address “life safety issues” identified during regular inspections of the site.

The city was scheduled to appear in court on Monday to ask for an injunction to shut down the camp and had said in court documents that the site brought noise, odours, human waste and hypodermic needles to the neighbourhood.

Lawyers representing the camp's approximately 80 residents had argued in court documents that dismantling the so-called tent city would cause significant harm because there is not enough shelter space or permanent affordable housing in Maple Ridge.

Lawyers for both the city and the campers are now scheduled to appear in court on Monday to make the new agreement legally binding.

The city says the deal will allow the province and homeless advocates time to help create a plan that will provide the campers with housing solutions.

Maple Ridge is the latest B.C. municipality to struggle with homeless camps.

In July 2016, a B.C. Supreme Court judge ordered the shut down of a camp on the lawn of Victoria's courthouse where about 100 people had been living for months.

Last month, a group of 15 nomadic homeless people set up camp in the Victoria suburb of Oak Bay, an area well-known for its turn-of-the century mansions. The group had previously spent seven nights at the District of Oak Bay's municipal hall.

The B.C. government announced in September that it would spend $291 million on 2,000 modular housing units in an attempt to tackle the growing issue of homelessness across the province.