Man dies in hospital after assault outside DTES hotel 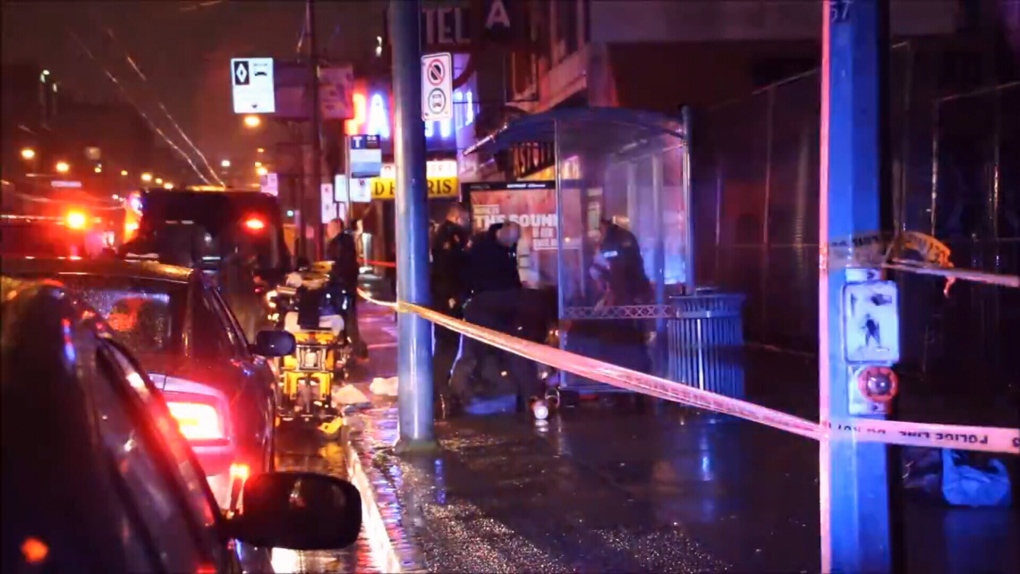 Police and paramedics respond to a deadly assault outside the Astoria Hotel in Vancouver's Downtown Eastside. Feb. 12, 2018.

A man who was left severely injured after an assault in Vancouver's Downtown Eastside last week has died in hospital.

Coquitlam, B.C. resident Martin James MacDonald was rushed to hospital after being found in medical distress in front of the Astoria Hotel late Tuesday night. Over the weekend, the 51-year-old succumbed to his injuries in hospital.

Police said MacDonald appears to have been involved in some kind of physical alteration and suffered a blow to his head. Few other details have been shared, but officers confirmed they arrested a 42-year-old Vancouver man at the scene.

The suspect has since been released from custody pending further investigation.

Anyone with information is asked to call the Vancouver Police Department or Crime Stoppers.