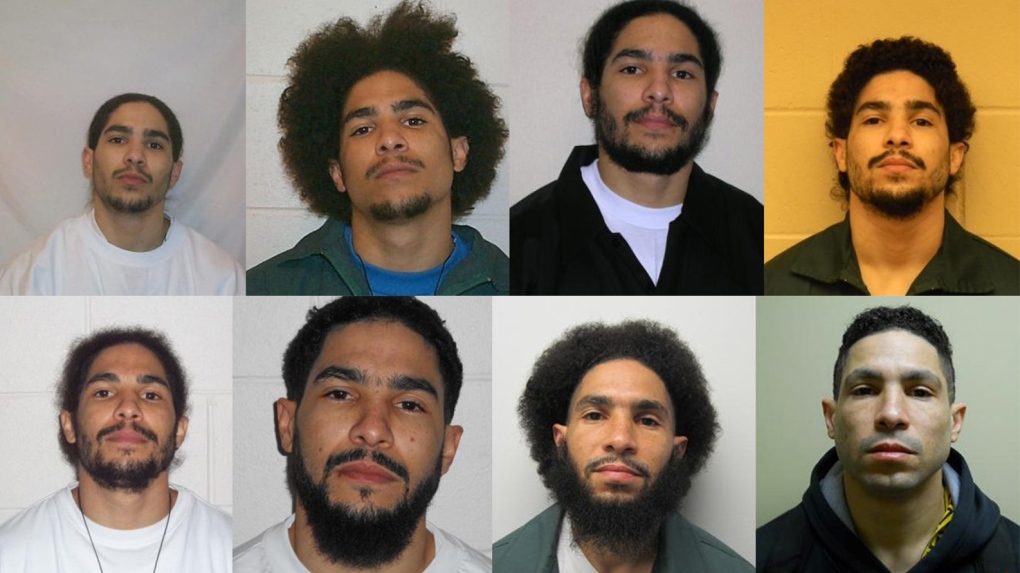 VANCOUVER -- A man charged with attempted murder in the shooting of a police officer at a SkyTrain station last year has been convicted instead of aggravated assault.

Daon Glasgow has also been found guilty of discharging a restricted firearm with the intention of endangering the life of Const. Joshua Harms of the Metro Vancouver Transit Police.

Additionally, Glasgow was found guilty of intentionally discharging a firearm while being reckless as to the life or safety of others, and of possessing a loaded restricted firearm without being the holder of a licence to possess that firearm.

The judge's ruling outlines what is alleged to have happened that day.

He wrote that two transit police officers noticed Glasgow running from a parking lot into the station, and followed him, believing he was trying to avoid police and wondering why.

The judge said an officer, Harms, approached Glasgow as he sat among other commuters waiting for an eastbound train.

Glasgow is then alleged to have taken a handgun out of his waistband, shot the officer twice and left the station.

Harms required surgery, but was able to return to work in May.

Dozens of officers flooded the area following the shooting in an effort to track down the gunman.

No one was taken into custody that night, but Glasgow was identified as a suspect the next day, and police released surveillance camera video of the then-35-year-old, warning the public he was armed and known to change his appearance.

Following his identification, CTV News learned the man had a violent history, including a manslaughter conviction related to what police described as a drug deal gone wrong at a McDonald's in Surrey.

The accused was arrested at a home in Burnaby a few days later, and in mid-February was charged with attempted murder and other offences.

But the judge instead found Glasgow guilty of aggravated assault.

"The Crown says that the only reasonable inference to be drawn from the circumstances is that Glasgow did intend to kill the officer," Judge Peder Gulbransen wrote.

"He was desperate to avoid the police because he was carrying a loaded restricted firearm, and was unlawfully at large from a halfway house. If the police found this out he would be returned to prison."

The Crown also argued that Glasgow clearly intended to shoot the officer, and that he shot from close range, so he would know the consequence of that action before he performed it.

But, the judge wrote, the accused claims he panicked when he saw the officers, and the only thought in his mind was to get away from them.

He told the court he'd believed he had evaded them when he got to the platform, and that getting on the train would ensure his escape.

"He was shocked at the officer's sudden appearance. He said that he fired the shots without thinking of anything other than escaping from the officer," Gulbransen wrote

Ultimately, the judge ruled that the burden of proving the charge of attempted murder was not met. There was not enough evidence to prove Glasgow intended to kill Harms.

"It's hard to imagine how someone can point a gun at any person, fire the gun hitting the officer twice, and not be found guilty of attempted murder," he wrote in a post on Twitter.

The president of the Canadian Police Association echoes that sentiment. Tom Stamatakis believes it was a missed opportunity to send a strong message against gun violence.

“He discouraged a few other rounds, with no regard for where those bullets were travelling. It’s a miracle that nobody got seriously injured,” Stamatkis said.

“I think our courts need to take that seriously and start to use the criminal code provisions that are available to them to send a strong message that as a society, we are not going to condone that kind of behaviour.”

It’s unclear how long Glasgow will remain behind bars. His next court appearance is on Dec. 15.