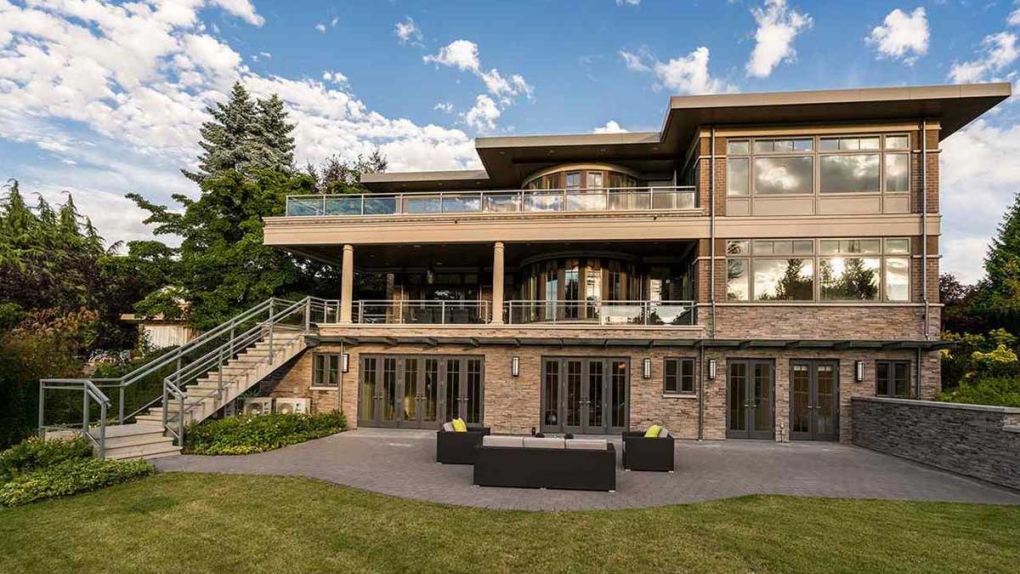 A four-bedroom, eight-bathroom Vancouver home listed for $19,980,000 is seen in an image from Realtor.ca.

Luxury home sales fell in the two formerly hot housing markets of Vancouver and Toronto, as well as Calgary, in the first couple months of the new year, according to data released Wednesday by Sotheby's International Realty Canada.

That downward trend, however, stopped at Montreal, a new real estate darling that's likely to set new records this year.

“All markets in Canada have faced the same headwinds from interest rates and stress testing,” said CEO Brad Henderson, citing the new stress test, which requires borrowers to prove that they can service their uninsured mortgage if lending rates rise above a certain threshold, that came into effect January 2018.

However, Vancouver and other parts of British Columbia have faced additional policy measures, he said, listing off a five per cent hike in the foreign buyers' tax, as well as a speculation and vacancy tax, and an additional school tax on properties valued at more than $3 million.

“It is a considerable amount of taxation on real estate all designed to try and affect a soft landing,” said Henderson.

“Well, I don't think it was completely a soft landing, but it was certainly not a catastrophic landing.”

Real estate figures have shown a downward trend in prices and sales activity in Vancouver recently that many have attributed to the new measures.

In January and February, 279 properties sold with a price tag of over $1 million, according to Sotheby's data. That's down 52 per cent compared to the same two months in 2018 when 576 such properties sold.

Vancouver's “previously resilient condo market” experienced the greatest decline in sales activity of properties over $1 million with 86 units sold - down 66 per cent from 254 units sold in January and February 2018.

The city continues to be entrenched in a buyer's market, the real estate brand said in its report.

However, Henderson said Sotheby's staff have noted more buyer interest at open houses, and there's strong signals that buyers and sellers who have been waiting on the sidelines will re-enter the market in the spring contingent on whether prices decline to match current buyers' market realities.

“We believe that there's a closer alignment between buyers and sellers in terms of what prices are,” he said, noting prices in Vancouver have already fallen to more attractive levels.

“Hopefully the governments are going to resist the temptation to add additional policy measures,” he said, “because they could bring about the exact thing they're trying to avoid, which is a significant correction in the marketplace.”

The Toronto market, he said, seems to have adjusted to new interest rates and tax measures that include it.

The market there is reacting in a more normal fashion, he said, though he noted the city's severe winter likely kept many potential househunters away from open houses.

In the Greater Toronto Area, luxury sales dipped two per cent year-over-year to 1,497 units sold. Sales of properties with a price tag of more than $4 million dropped the most - 38 per cent to 20 units sold - partly due to a lack of supply and partly because privacy-conscious homeowners shifted to exclusive and off-market transactions in light of a recent ruling permitting broader real estate sales data disclosures.

Sotheby's expects the top-tier market to remain sound in the area through the spring.

Luxury sales continued to fall in Calgary, where 62 properties over $1 million dollars sold in the first two months of 2019. That's down 33 per cent from the previous year when 92 units sold in that timeframe.

The condo market continues to see oversupply, Sotheby's said, and it projects that segment will experience challenges into the spring. It expects the conventional real estate market to stabilize this year, but said the transition will likely take most of 2019.

Montreal, on the other hand, is on pace to set new record in the spring, Sotheby's said.

Sales of luxury properties rose six per cent year-over-year for January and February, with 111 units sold in 2019. Sotheby's anticipates bidding wars, sales above asking price and shorter days on market will persist through the spring.

Photo from Realtor.ca of the six-bedroom, eight-bathroom home at 5791 Newton Wynd.