Kerrisdale Elementary School students filled a time capsule in 1969 that was opened in late June, 2019.

Fifty years after leaving elementary school, a class of graduates returned to the school's familiar halls last month to open a time capsule they left behind.

Among the pins, toys, math kits and stamps were letters the Kerrisdale Elementary graduates had written to themselves.

"Hi Steve, how are you doing, I hope your feeling well being an old guy… your a grown man now in the prime of your life I hope you became an optomestrist," says one letter a student wrote to his future self while in Grade 7.

On June 26, members of the 1969 graduating class returned to Kerrisdale Elementary – now known as the Kerrisdale Annex – to open the capsule, which had been sealed 50 years prior – to the exact day. The capsule's contents were put on display around the school gym for past and current students to look at. 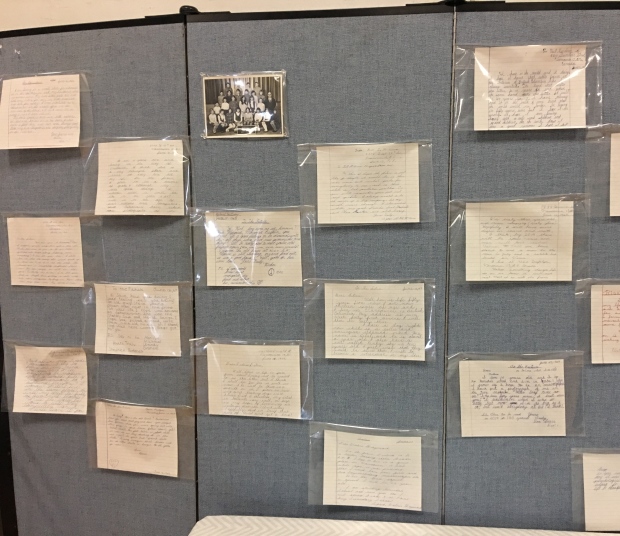 An audio recording uploaded to Facebook by Anne Walmsley that she says is from the time capsule includes an interview with two Grade 7 students at the time. Throughout the tape, a school board member interviews two students, Anne and Scott who share their experiences in the school.

Anne describes one of her teachers as a "character" on the tape.

"One minute he can be roaring mad and the next minute he can speak like a lamb and be kind to everyone else," she says. "He's always telling jokes about his childhood."

Later, Scott is asked what he expects he'll be like in 50 years.

"Do you think you'll be bald?"

But it wasn't just the students' young selves who had messages for the capsule. The superintendent, Vancouver's mayor, B.C.'s premier and even then-Prime Minister Pierre Trudeau all wrote letters to be included.

"At the present rate of change, fifty years ahead is a long time span to traverse in imagination," says a letter from R. F. Sharp, who was the superintedent of Vancouver's schools at the time.

"The communication 'hardware' will be very different by 2019 and schools will teach children at an early age to operate print-out machines, information retrieval equipment, and computers. Wireless telephones may play a part."

Meanwhile, Trudeau's letter pointed to the accomplishments of the time, with a somewhat sombre look at the international tensions of the day.

"Writing this message in the week that has seen man's first hesitant step on the moon, I would be foolhardy to predict the conditions of life on this planet in fifty years," he wrote.

"I am sure that, barring a nuclear catastrophe, the astounding progress in technology which we have experienced over the last half century will continue and probably accelerate." 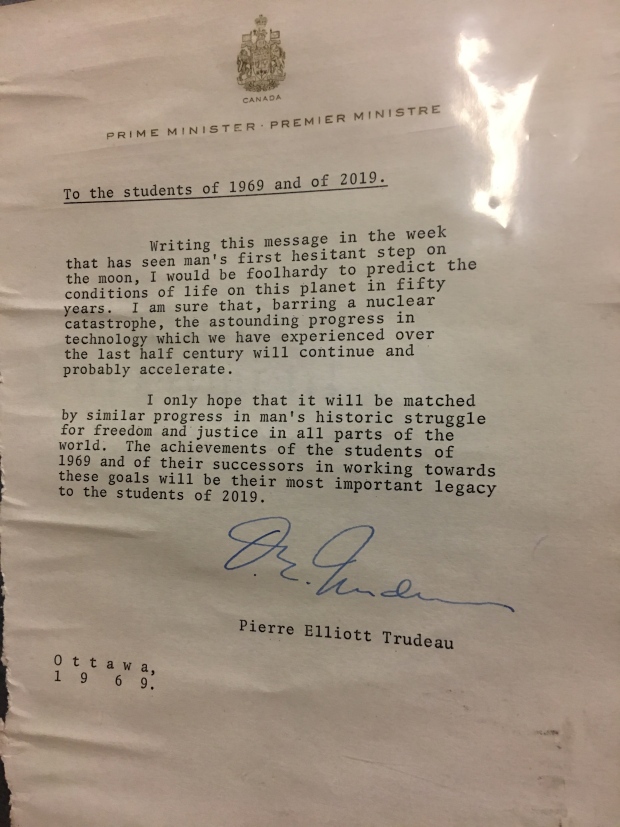