'Leave the prop at home': Transit police warn against costumes with fake weapons 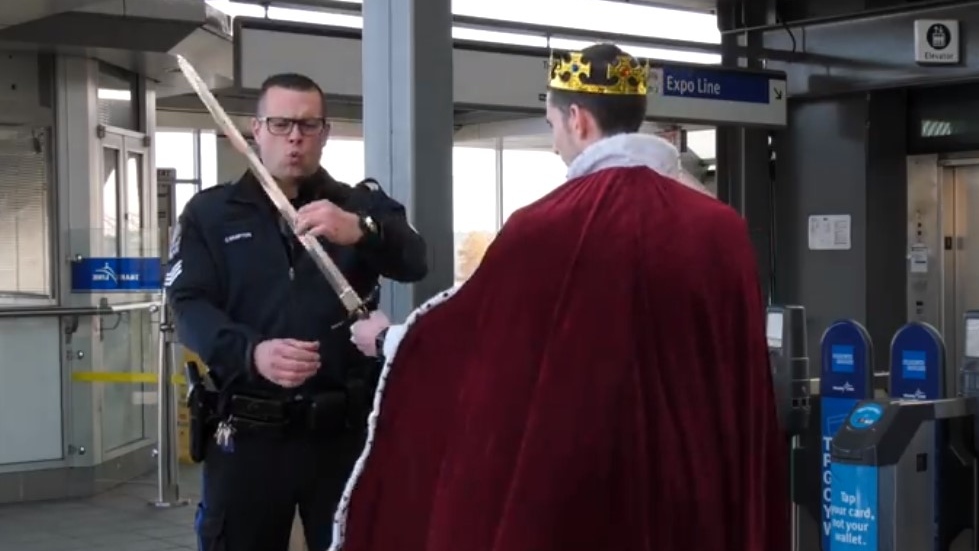 VANCOUVER – Halloween is just a few days away and transit police have some tips for staying safe when taking the bus, SkyTrain or SeaBus.

For those with props in their costumes, Metro Vancouver Transit Police suggest putting some thought into them before taking transit.

"Halloween props and costumes can be a lot of fun, but if you're bringing out anything like a replica handgun, knife, hatchet or anything else that can be perceived as a weapon, please just think twice," said transit police's media relations officer, Clint Hampton in a post on Twitter.

"Either leave it at home or place it in a bag where the traveling public can't see it."

Police are also reminding transit users that liquor and cannabis consumption on trains, buses and the SeaBus is illegal.

"If you are carrying liquor on transit, ensure it remains closed until you arrive at your destination," transit police suggest, adding the fine for consuming alcohol or cannabis on transit is $230.

Police also recommend being aware of your surroundings and wearing face paint instead of a mask. Those who do wear a mask are encouraged to enlarge the eyes and push it off your face when walking around stations.

Does your Halloween costume include a prop weapon? Make sure it looks obviously fake. Leave realistic looking weapons at home or put them safely away during your travels. Get more transit safety tips in our #Halloween #MediaRelease: https://t.co/aVb4nY2Kkj pic.twitter.com/y51Bc9VrPo