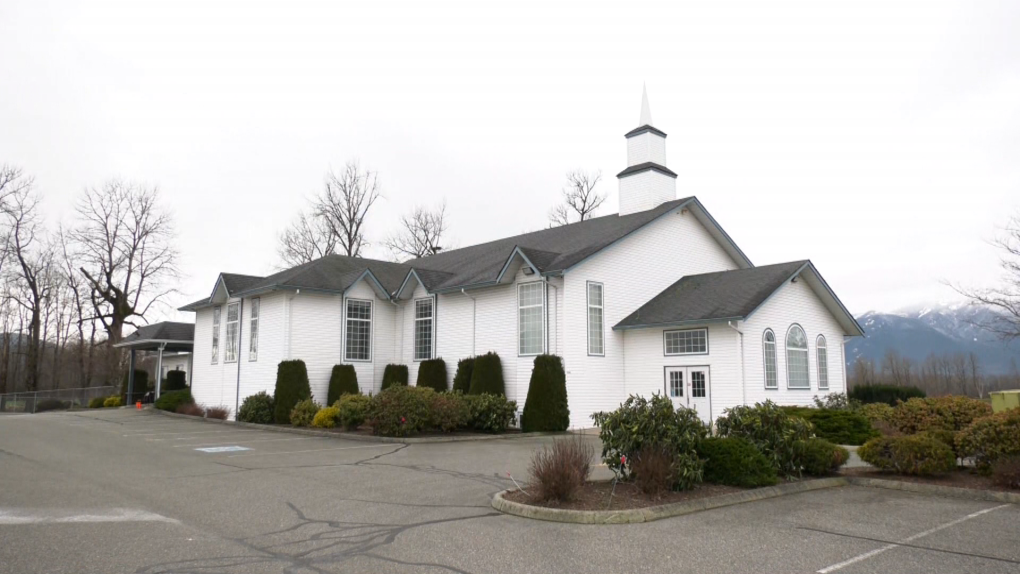 The Free Reformed Church in Chilliwack is pictured.

VANCOUVER -- A lawyer for several British Columbia churches says the province's COVID-19 restrictions substantially interfere with his clients' rights to freedom of religion under the Canadian charter.

Paul Jaffe told the B.C. Supreme Court that religion is far more than belief, thoughts and opinions - rather, it's the “actual practice” of those things in ways that are an important part of the faith.

“It's not just the belief, it's the manifestation of those beliefs,” he told the court Tuesday.

“There couldn't be, I say, a more substantial interference with religious freedom than to prohibit them from gathering to worship - absolutely integral to their faith.”

Chief Justice Christopher Hinkson said there are no COVID-19 restrictions on people's religious freedoms and it's the safety of those who are gathering that is at issue.

Church is as much a part of people's lives as school, gyms and shopping, Jaffe said.

He repeated an earlier argument to the court, saying the orders do not prohibit outdoor assemblies over matters of public interest or controversy. Religion is a matter of public interest but there is a restriction on gatherings, he said.

“In my submission it's entirely arbitrary,” he said. “And for some reason stereotyping of churches in a way which presents them with some kind of risk.”

Jaffe works with the Justice Centre for Constitutional Freedoms, a Calgary-based legal advocacy group that's also asking the court to dismiss tickets of up to $2,300 each for alleged violations of the orders.

Provincial health officer Dr. Bonnie Henry and the province have said they are confident the health orders are in accordance with the law, including the Charter of Rights and Freedoms.

Henry told a news conference last month that churches were operating with safety measures in place throughout the summer and fall, but as the pandemic worsened, so did transmission in faith settings.

Jaffe said his clients have “always recognized” the seriousness of the public health concerns but “in this instance the effect of these orders is discriminatory.”

His clients - which include the Riverside Calvary Chapel in Langley, Immanuel Covenant Reformed Church in Abbotsford and the Free Reformed Church of Chilliwack - have been careful to adopt safety protocols similar to those approved by Henry in places that remain open.

Also on Tuesday, a separate petition was filed in B.C. Supreme Court by representatives of 10 other churches that are part of the Canadian Reformed Churches, which has about 3,000 members.

The group wants the court to quash the provincial health officer's restrictions that forbid in-person services.

“The petitioners believe that while meeting through electronic means may offer spiritual benefits, such means cannot replace the gathered worship service,” the petition says.

The legal action isn't linked to the current application before the court, although Pastor Robert Schouten of the Aldergrove Canadian Reformed Church said in a news release that the objectives are shared.

The Roman Catholic archbishop of Vancouver is challenging the restrictions in court as well, filing a petition on Friday arguing the orders are unconstitutional. The petition seeks an exemption to allow religious gatherings including mass, weddings and baptisms.