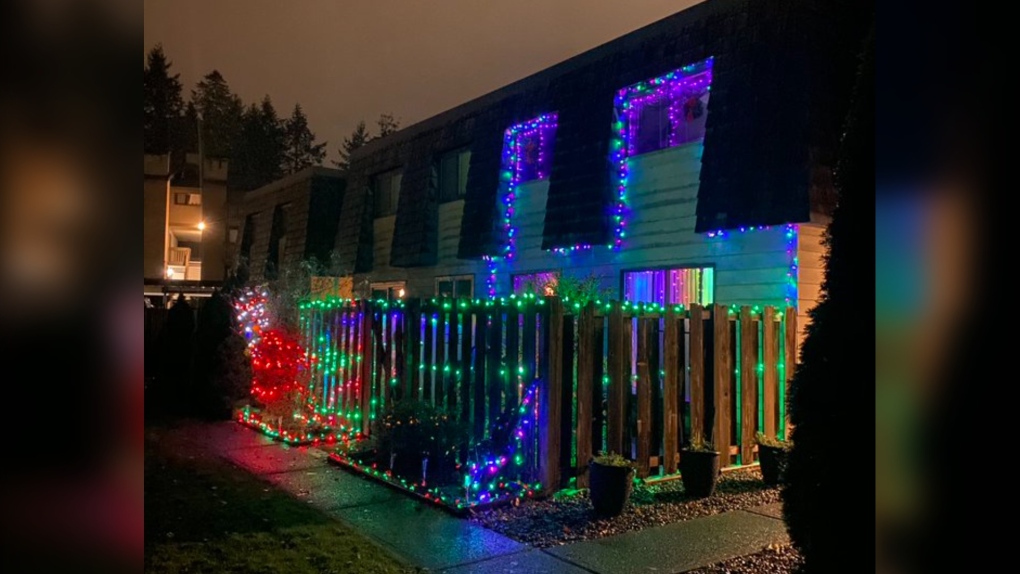 Christmas lights seen on after 11 p.m. in a North Vancouver neighbourhood. (Mathew Bond/Twitter)

VANCOUVER -- A late-night Christmas light ban that was on the table in one Metro Vancouver municipality was quickly rejected by the district's council Monday night.

The motion was a proposed amendment to the District of North Vancouver's Nuisance Abatement Bylaw and would've required residents to turn off their Christmas lights by 11 p.m. or face a $100 fine. The report was presented to council by the district's chief bylaw officer.

Ahead of the meeting, the district's mayor explained the area of concern originated from a public workshop last year.

But when the motion came up at Monday night's meeting, the proposed bylaw amendment was quickly shut down.

"Well, it took until 10:30 p.m. to get to it, but council will unanimously support a motion to get rid of this foolish recommendation as swiftly as possible," Coun. Mathew Bond said on Twitter Monday night.

District records showed late-night records have received few complaints in recent years, and none at all in 2019.