Kids are 'only thing that is important' to Surrey lottery winner 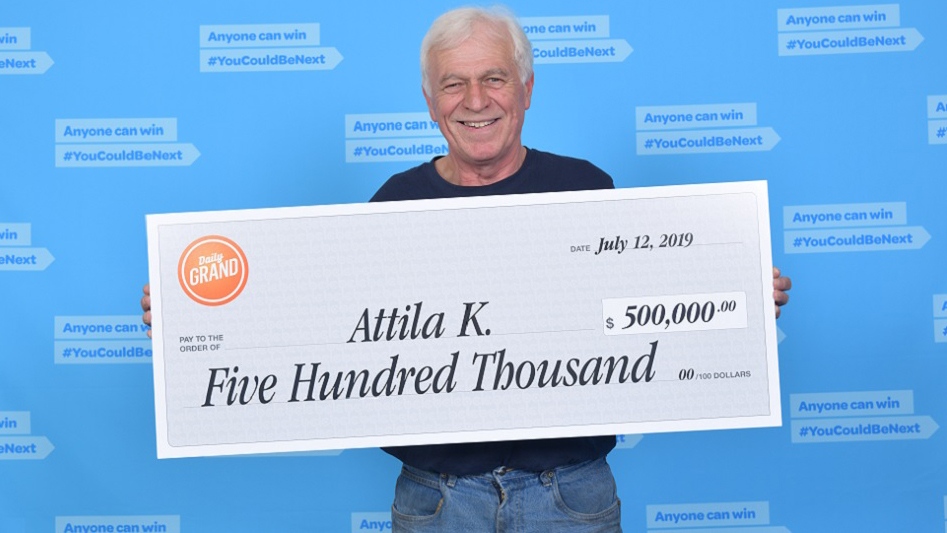 Spoiling his family is at the top of Attila Kelemen's to-do list after scoring a hefty $500,000 lottery prize.

The Surrey, B.C. resident, who is originally from Hungary, matched five of six numbers in the July 8 Daily Grand draw, winning him the secondary prize of $25,000 a year for life.

Kelemen opted for a lump sum payment of half a million dollars instead – which he intends to invest to ensure a secure future for his children.

"I plan to give a lot of the money to my kids, and take them on trips when they are older. My kids are the only thing that is important to me," he said in a statement provided by the B.C. Lottery Corporation.

Kelemen, who has lived in the province for 45 years, said his son was the first person he told after discovering his win.

The odds of winning the secondary prize that Kelemen claimed are one in 2,224,698.