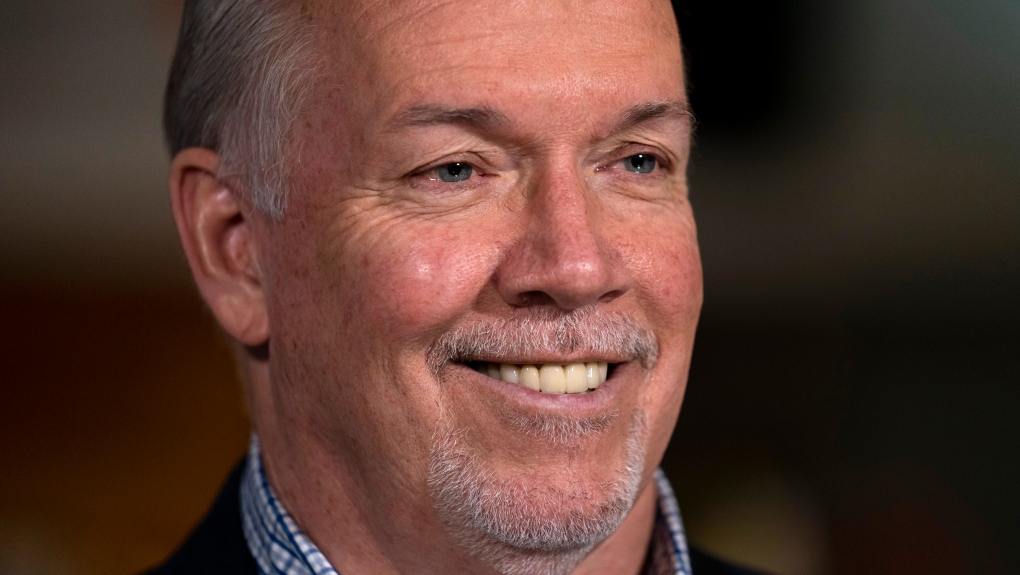 Horgan was in New Westminster appealing for voter support in Metro Vancouver ridings that are expected to be key battlegrounds between the NDP and B.C. Liberals.

“We don't want to go back to a government that focused on the wealthy and well connected,” said Horgan. “The only way we can move forward is casting a ballot.”

He asked undecided voters to consider voting for the NDP and urged his party supporters to make sure they vote Saturday.

“If you don't vote, it doesn't count,” said Horgan. “People need to get out and vote.”

Green Leader Sonia Furstenau said voters should support her party's candidates because they stand for community support and political responsibility.

“I encourage voters to go to the polls thinking about how we can best continue to move forward together,” she said at a news conference in Duncan. “Look at the representatives in your riding and see who best represents your values and will most faithfully represent your community, and vote with hope in your heart.”

The Greens held two seats prior to the election, but their campaign has been resonating with voters, said Furstenau, who suggested the party will mount serious challenges in ridings in the Kootenays, Metro Vancouver and on Vancouver Island,.

She said another minority government or a strong opposition after the election will provide more balance in the legislature. The NDP's quest for a majority appears to be more about getting additional power, Furstenau said.

“That party is interested in what I think has become clear, the wrong thing in politics, which is power as opposed to responsibility,” she said.

Horgan said the COVID-19 pandemic and how B.C. gets through it have been his top priorities throughout the campaign and in the months leading up to the election.

“People are looking at the choices, what their options are,” he told a news conference. “We can stick with a government that's focused on getting us through this, that has a track record.”

Horgan said the NDP has promised to improve health care for older people by hiring 7,000 people to work in long-term care and will provide families with a $1,000 pandemic benefit payment.

The snap election campaign has seen the Greens singing the praises of minority governments, the NDP asking for the stability of a majority and the B.C. Liberals accusing the New Democrats of playing politics with COVID-19.

Horgan's decision to call the election last month, more than a year ahead of schedule and during a pandemic, became a campaign issue right from the start.

Horgan said he pulled the plug on his minority government because he is seeking the certainty of a majority during uncertain times, but he spent much of the campaign fending off accusations of political opportunism.

Furstenau has accused Horgan of breaking a governing agreement in place since 2017 to further the NDP's political goals. The election was unnecessary and irresponsible, especially since the legislature had been showing an unusual level of co-operation during the pandemic, she said.

Wilkinson argued that Horgan withheld pandemic relief funding for months for struggling businesses in order to bolster his chest of election goodies.

The pandemic meant the election also had a different look as politicians campaigned remotely with virtual town halls and Zoom calls, while elbow bumps replaced handshakes on the campaign trail.