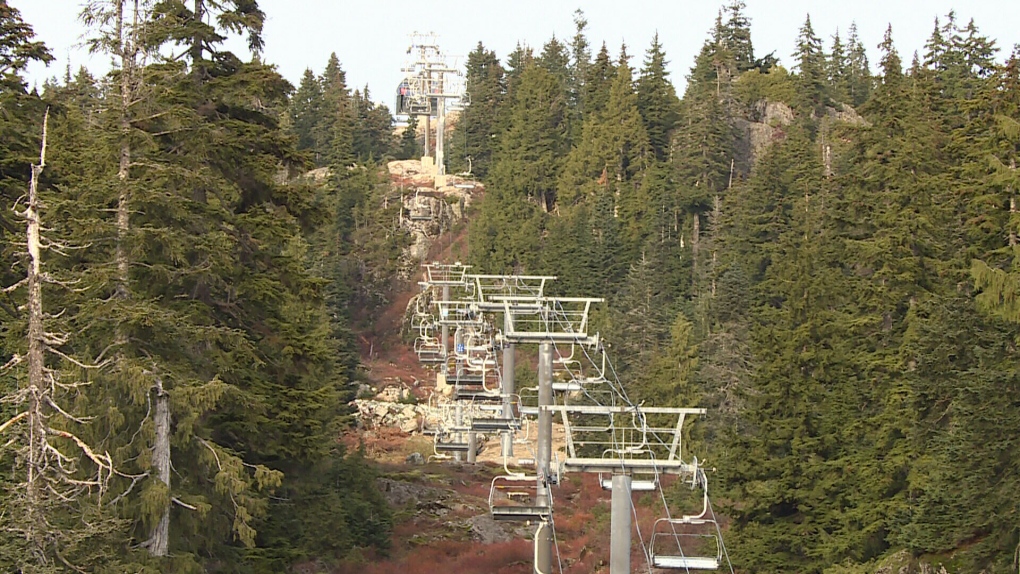 Firefighters were called to the Dog Mountain trail over the weekend after a woman in her 60s hurt her ankle.

A hiker who had to be rescued this weekend after injuring her ankle on a North Shore trail is thanking her rescuers and the strangers that helped her before they arrived.

Connie Baxter told CTV News she received "first rate treatment" from the North Vancouver District firefighters and paramedics that were called to her aid on Dog Mountain in the Mount Seymour area.

The 57-year-old said she knew things were bad when she heard a snapping noise during the hike. She had to be taken to the Lions Gate Hospital for treatment for her broken ankle, where she remained Monday evening.

She said she was relieved when first responders arrived at the scene, and that they'd provided great care and light-hearted banter to keep her mind off the pain.

But even before they arrived she'd had help, she said.

A couple of women who were walking by offered her some advice – reminding her to elevate her foot and use something for compression. She wrapped her scarf around her ankle.

Another woman was trained in first aid, and offered her a tensor bandage and two small heat packs, "which proved invaluable as I sat on my partner's fleece on the ground for the next hour and a half," she said.

A man offered his cellphone, as he had better reception. Her stepson called 911 and spoke to a dispatcher who also offered advice including that she not eat or drink anything in case surgery was required for her injury. She did end up needing surergy for the break.

The man continued his hike, but returned a short time later to let her know that first responders were in the parking lot. The stranger agreed to hike down to meet them then lead them back to where she sat.

Another man offered her his jacket, telling her his friend volunteered with North Shore Rescue and he'd texted him for advice.

The man, who told her his name was Peter, then stayed with her and her family, directing pedestrian traffic around them so they wouldn't run into her.

Baxter admits she was ill-prepared and was wearing inadequate footwear for the conditions.

The fire department used the incident as a reminder to others that even though the sun is out, it's cold in the mountains. Those heading uphill should be prepared for slippery conditions and chilly temperatures.

Weather can change quickly in the mountains, and hikers are advised to turn back if conditions deteriorate. They should not travel alone, and should stick to designated trails.