Here's how a B.C. hospital plans to fight a COVID-19 outbreak at a federal prison

Six staff and 41 inmates at the medium-security Mission Correctional Institution have tested positive for the virus, the worst outbreak of its kind in the country.

Seven of those patients are being treated at the Abbotsford hospital. 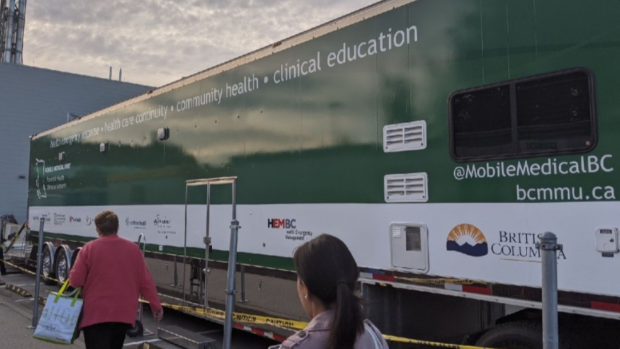 "We've had an ongoing effort over this weekend to beef up the outbreak response the infection prevention and control measures, the investigation of the outbreak and management of the outbreak," said Dr. Bonnie Henry, the provincial health officer.

The new alternative care site has been described as a "a hospital on wheels " by the Fraser Health Authority.

It's housed in large semi-truck, equipped with its own pharmacy and power and waste systems.

Health officials say it's capable of handling everything from minor illnesses to emergency surgeries.

It can accommodate five to six patients at a time. 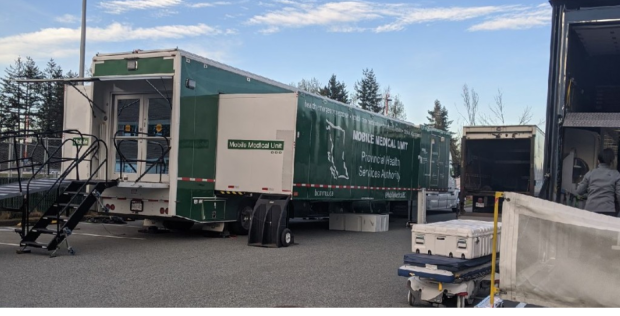 The hospital has plans for housing even more inmates, if the virus continues to spread.

"Abbotsford Regional Hospital has developed a dedicated to unit to make sure people can safely and securely cared for if need be," said Henry in a press conference Tuesday.

The MMU is expected to help lower the head count in the main hospital, as there are currently two prison guards assigned to each inmate for security.

Only inmates with severe symptoms are being taken to hospital; the rest are being treated in the prison's medical facility.

Henry called the outbreak at the institution "ongoing and concerning."

The Union of Canadian Correctional Officers has called for additional safety measures, including the distribution of surgical masks to all inmates and reduced movement of staff between posts within the institution.

The union declined requests for an interview on the situation Wednesday.