Here's every wine and beer you can order on BC Ferries 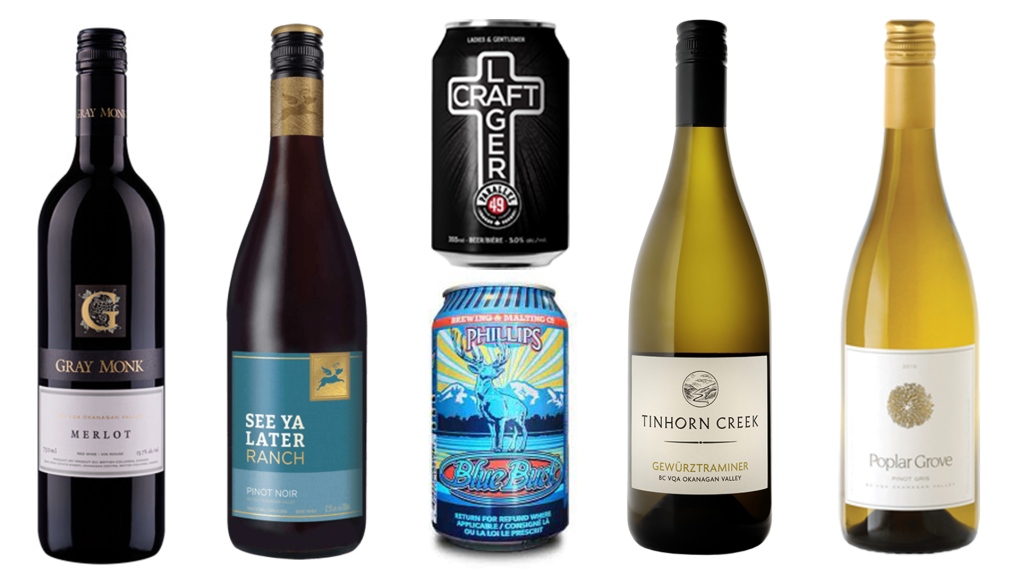 VANCOUVER – Now that BC Ferries has started serving alcohol on select South Coast sailings, interested passengers are wondering what the beer and wine selection actually looks like.

The company previously hinted it would be showcasing local breweries and wineries, and on Thursday officially unveiled the full drink menu.

It includes four wines – two red and two white, all from B.C.'s Okanagan – and two beers from breweries in Victoria and Vancouver. Check out the full selection below, and read more about the rules around drinking on ferries here. (LINK)

Aged in oak barrels for eight months, this wine is billed as having "an aromatic bouquet of black cherry, roasted coffee bean, sweet oak and dark chocolate." It's listed at $17.49 a bottle on the BC Liquor Stores website, and has an ABV (alcohol by volume) of 13.6 per cent.

This wine from the Southern Okanagan boasts a palate that's "rich and textured with similar flavours of ripe strawberries, baking spices and toastiness." It sells for $19.99 online and has an ABV of 13.5 per cent.

A sweet white with a nose loaded with everything from pineapple, papaya and lychee to bubble gum, this wine won silver in the 2019 Cascadia International Wine Competition. It's listed at $17.99 with an ABV of 12.9 per cent.

The last wine on the menu features a range of stone fruit flavours, and is described as "juicy," "bold" and "unoaked to preserve the grape's personality." It sells for $19.99 a bottle at BC Liquor Stores, and has an ABV of 13.2 per cent.

Recognizable by the iconic East Van cross on the label, this beer is described as a "light, clean lager with a hint of malt and subtle hop flavour." It's listed at $19.99 per 12 pack and has an ABV of five per cent.

Victoria's Phillips Brewing describes this beer as a "legendary beast, featuring a robust, malt-forward body underpinned with crisp northwest hops." It sells for $11.79 for a six pack and also has an ABV of five per cent.