The 34-year-old singer, who faces sex assault charges in an Ontario court, wed Rebekah Asselstine in Vancouver on Monday.

The nuptials were captured in various photographs and videos posted by guests on social media.

Asselstine is a 28-year-old actress who's credited with appearing on TV series “Supergirl” and the Hallmark movie “Road to Christmas.”

Posts showed the couple slow dancing to Audrey Hepburn's rendition of “Moon River” from the movie “Breakfast at Tiffany's.”

They also sat together at a grand piano while Hoggard serenaded Asselstine with a ballad.

The celebration comes as Hoggard awaits a preliminary hearing set for July in his sex assault case. He's facing one count of sexual interference and two counts of sexual assault causing bodily harm.

A lawyer for the singer did not immediately respond to a request for comment.

Hoggard has previously denied engaging in non-consensual sexual behaviour, but has said he acted in a way that objectifies women. The allegations emerged before charges were laid, prompting Hedley to go on an indefinite hiatus.

Hoggard's case will return to court in May to confirm the date of the preliminary hearing. 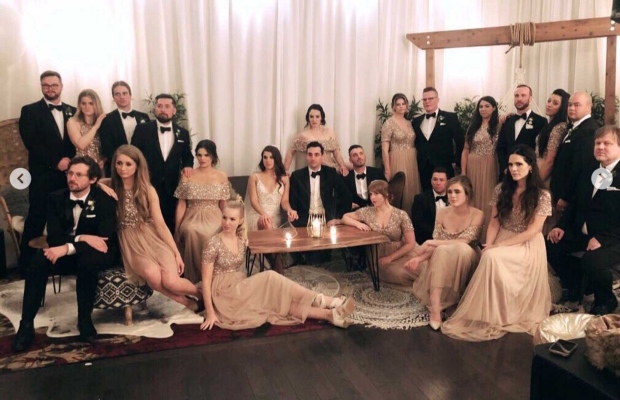 Viewing this article on our mobile beta site? Click here for a compatible version.