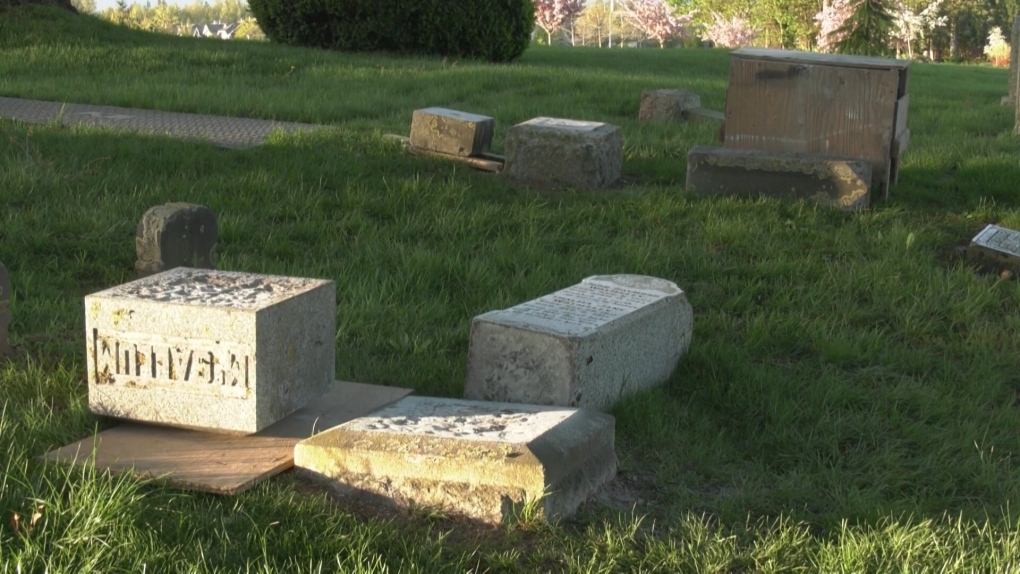 Multiple headstones were damaged at a Surrey cemetery in April, 2020.

VANCOUVER -- Several headstones at a Metro Vancouver cemetery have been vandalized, a local historical society says.

The headstones appear to be broken at the base and knocked over. Caution tape can be seen wrapped around the area.

The society says many of the headstones, which are in the pioneer's section of the cemetery, were over a century old.

"Hopefully restoration can occur swiftly and not be too costly," the society wrote in a Facebook post.