Fireworks ban in Vancouver might be coming right after Halloween: city staff report 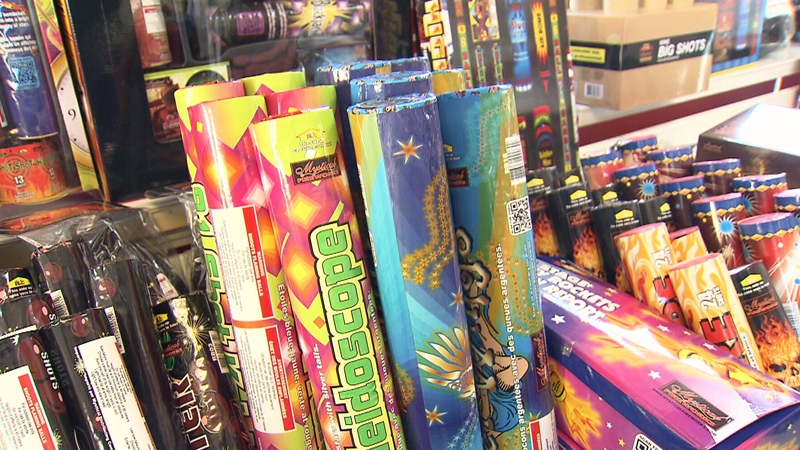 VANCOUVER -- Months after a motion was approved by Vancouver council to stop the sale of fireworks in the city, a staff report being presented Tuesday suggests the ban should be in place the day after Halloween.

Last November, Vancouver council tasked city staff with finding a way to ban the sale of fireworks to the general public by 2021. Now, a staff report from the fire chief and general manager of fire rescue services will be presented to council this week.

"It's no fun for people who are suffering from post-traumatic stress disorder. Children with neuro divergent and autism, for Veterans, for people fleeing war torn regions for people that have pets," said Coun. Pete Fry, when he first brought the motion forward last fall.

In the plan, staff recommend allowing the sale of fireworks on Halloween this year, but setting the closing time for vendors on that day to 6 p.m., rather than midnight. As well, city staff propose doubling the fine for anyone violating the fire bylaw associated with fireworks from $500 to $1,000.

"Historically, we have noted that the most difficult time for enforcement and compliance is on the evening of Oct. 31 as efforts on this day are ensuring safety in City of Vancouver parks, streets, and schools," the report says.

"Reducing the sales time on (Oct. 31) will limit the ability to 'dump product' in the late evening when enforcement staffing levels are already at capacity."

For events like Chinese New Year, Diwali, Canada Day and the Celebration of Lights competition, fireworks will still be allowed if a certified technician applies for the permit.

Other nearby cities that have bans on fireworks include Maple Ridge, Richmond, Delta, Surrey, Langley and Abbotsford.

Vancouver's staff report is expected to be shared with council on Tuesday.