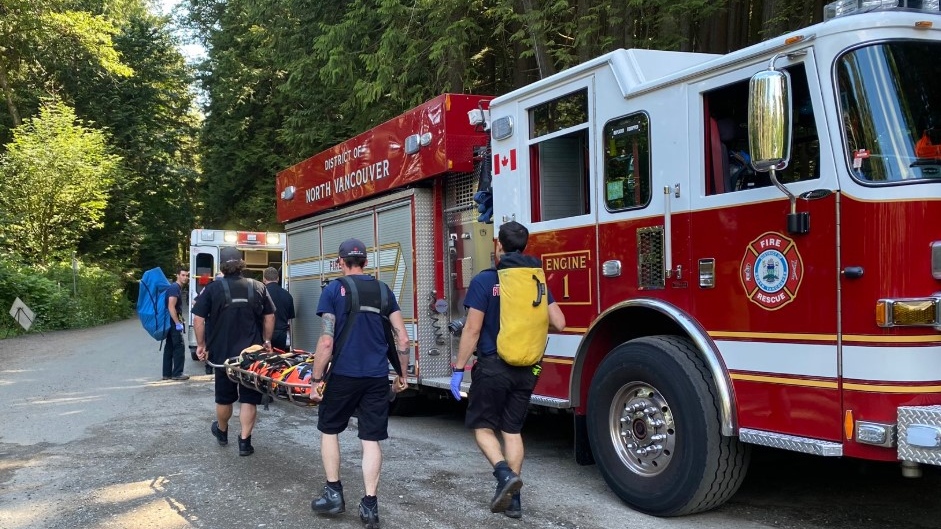 VANCOUVER -- Firefighters in the District of North Vancouver made two rescues on North Shore trails Sunday, one of them involving an 11-year-old boy.

The child fell off his bike while riding down a double black diamond trail on Mt. Fromme, according to first responders.

Rescue crews were called at 3:30 p.m. and say the boy was knocked unconscious and may have suffered potential spinal cord injuries.

They reached him by foot and carried the boy off the trial on a stretcher. The B.C. Ambulance Service arrived to take him to hospital.

The North Vancouver Fire Rescue Services are reminding everyone to be careful on the trails this summer.