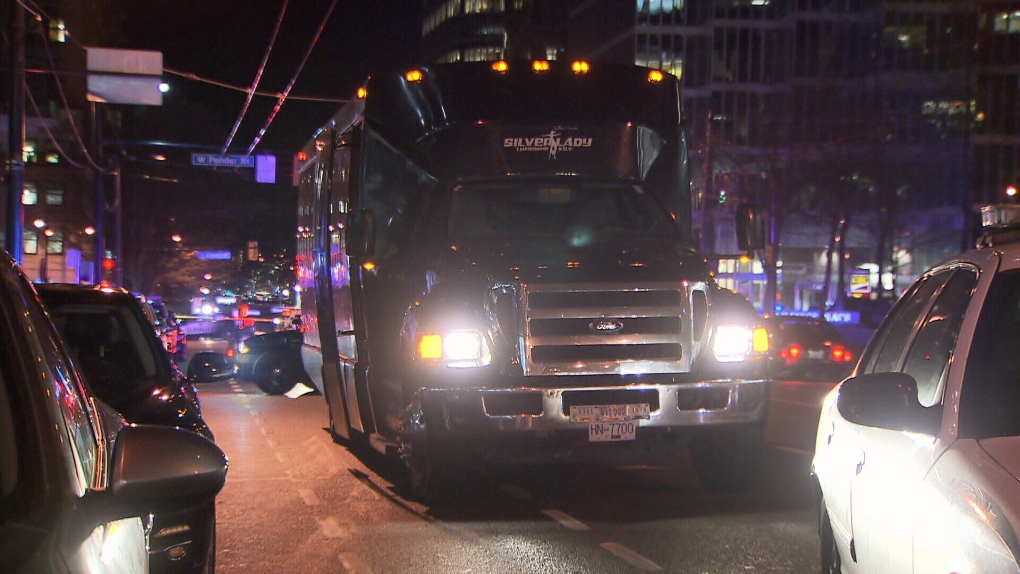 The province has quadrupled fines for party buses that fail to meet its safety standards in an effort to prevent another tragedy.

Operators of buses and other commercial vehicles will be fined $318, up from $81, if they don't display valid decals confirming they've passed a safety inspection.

In a statement, the Ministry of Transportation and Infrastructure says the fines are now among the highest in Western Canada.

The ministry is now working with those in the industry to put new safety measures in place by early 2019.

Its new standards require that a safety monitor or chaperone is present if minors are on board a party bus, and that all minors have signed consent forms from parents or guardians.

Cameras will be installed and buses with separate areas of passengers and drivers will be required to have an emergency alert system. Further details of the new requirements are available on the province's website.

The increased safety standards and fines come after a string of deaths and injuries that have rocked the party bus industry over the last decade, beginning with the death of a teenage passenger who suffered a drug overdose.

Another teen from Langley was injured outside a party bus in 2013, and was left unconscious in a rural parking lot in the middle of the night.

The province announced new rules in 2015, which required all vehicles be approved by the independent tribunal known as the Passenger Safety Board.

Nearly two years ago, a 23-year-old teacher was killed in a party bus accident in Vancouver.

An investigation concluded that a malfunction with the pneumatic door contributed to her death and there were no criminal charges, but the driver and company were fined.