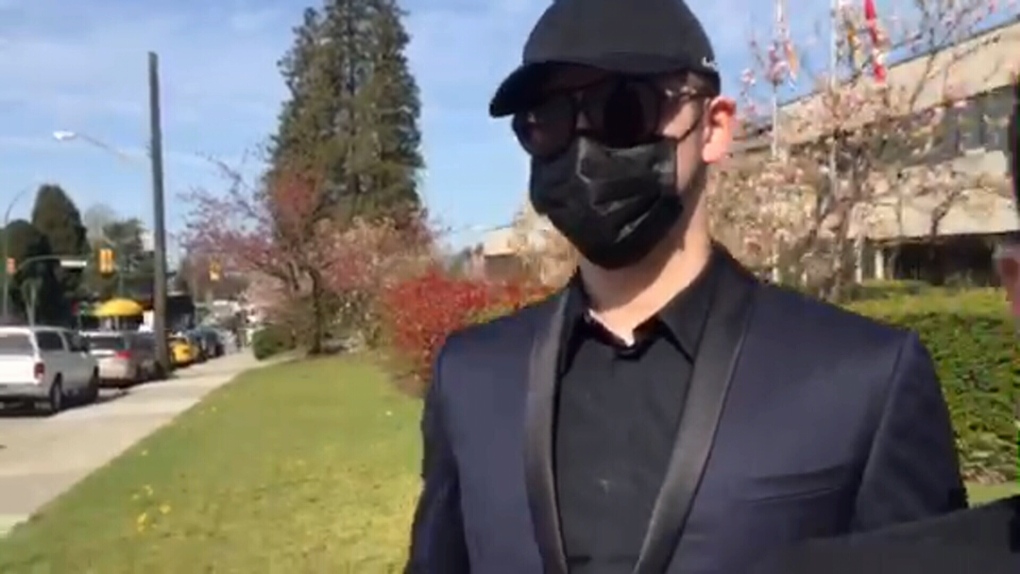 The Ferrari driver who was caught zooming across the Lions Gate Bridge at 150 km/h over the speed limit has been handed a $750 fine.

"I'm very sorry for what I did," Wang said through a translator. "I promise I will not do that again."

The fine was proposed in a joint submission from Crown prosecutors and Wang's defence lawyer, who said his client has already been severely embarrassed by the case.

David Baker also told the court that Wang, who was only charged under the Motor Vehicle Act, has faced harassment over his bad driving behaviour.

On top of his fine, Wang remains under a 16-month driving prohibition, which is set to last until November.

Baker said the luxury sports car Wang was caught speeding in has since been sold. He was dropped off outside court Tuesday afternoon in a white Porsche SUV.

Wang had his face obscured by a black surgical mask, sunglasses and a ball cap, similar to the outfit he wore during his last appearance in April.

He ignored questions from a crowd of reporters outside the courthouse.

Police clocked Wang going over the Lions Gate Bridge at 210 km/h last July, more than tripling the posted speed limit of 60 km/h. He was behind the wheel of a white 2015 Ferrari 458, which was impounded for 60 days.

It wasn't his first time he attracted the attention of police. Just months earlier, Wang was pulled over for excessive speeding on the same bridge.

West Vancouver police said he was caught going 126 km/h in a 2016 Mercedes sedan.